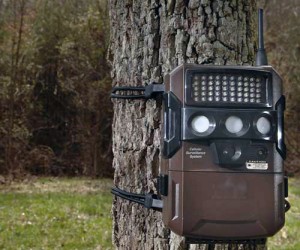 For most homeowners and small businesses, wireless motion activated cameras are more than adequate for their security needs. The camera systems offer ease of installation and operation with numerous options available. Options include color recording, two-way audio, infrared or IR cameras for nighttime recordings and remote control operation.

Because of the expanded viewing range one wireless motion, activated camera can do the job of several fixed cameras. The range of motion allows a 360-degree field of view, if the camera has panning capabilities, whereas a fixed camera has a limited view. Fixed cameras, without a motion sensor, must record virtually around the clock, to ensure all activity is recorded. Motion activated cameras only record when motion is detected. This saves valuable memory space, battery life and reduces time spent on editing and searching.

Motion activated cameras have an infrared sensor on board that continually monitors the viewing area. All objects give off radiation that is detected by the camera’s passive infrared detector. Motion by any object interrupts the radiation waves, which then triggers a sensor to activate the camera’s recorder. Depending on the model or settings, the recorder can run for a pre-determined period or record until the camera no longer senses movement.

Wireless motion activated security cameras that also pan tilt and zoom provide additional coverage. Once motion is detected, the camera will begin recoding and will pan along with the object being recorded to prevent individuals from moving out of view before their image is captured. Cameras with zoom capability allow an operator to zoom in on individuals and objects. Several models of cameras can be programmed to monitor and record at specific intervals and areas. The cameras can pan in one direction only, for example, as determined by the programmed instructions. Owners at times may want to limit the camera’s view to prevent unnecessary 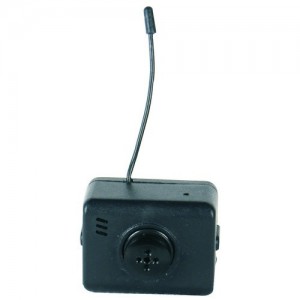 recordings of heavily traveled streets or a neighbor’s home. Motion activated cameras placed too close to streets and pedestrian walkways, because of the constant activation, will reduce the memory storage. Additionally, any camera that has its motion activation triggered because, of constant motion in one direction, may miss capturing or recording something vital in another area.

Wireless cameras offer ease of installation and flexibility in placement. They can be mounted virtually anywhere within signal range. The cameras do not require a video cable, unlike hardwired systems that must be physically connected to the receiver. Each camera transmits their signal using radio frequencies to the wireless receiver. Additionally, cameras can also be equipped with Wi-Fi capabilities. The typical radio frequencies range from 900MHz to 5.8 GHz. Not all frequencies within this range are available however. In some areas of the country, the 900MHz frequency is restricted and operators must obtain a license to operate on that frequency. Currently, the most common band for wireless cameras is 2.4GHz.

Wireless cameras, although they are wireless as far as transmitting their signal still require a power connection. The power source is typically a power adapter that uses standard household current. The cameras themselves operate using low voltage direct current or DC power. You can set up a power distribution block and power each camera from there, or simply plug the camera into any receptacle using the power adapter. Keep in mind the power distribution center is also a power converter, which must convert alternating current or AC, which is household current, into DC for the cameras. Most cameras are equipment with a battery pack, which is typically rechargeable.

The signal range for wireless cameras, as advertised by the manufacturer, can differ in reality. The variables that affect signal range include terrain, number of and types of structures on the property and foliage density. In most cases, the receiver will be located inside the home or business and the signal must pass through walls and foliage. Some models on the market can transmit their signal up to 1,000 feet under ideal conditions. To enhance your signal range and strength, you can attempt line-of-sight or LOS positioning. Draw an imaginary line between the receiver and camera to see if any obstructions may hinder the signal. To test, position the camera at the highest point possible and check the signal strength. If the range and strength is not desirable, you can reposition the camera to avoid the obstacles. Taking all variables into account you can expect your signal range to be between 300 and 500 feet.

Standard wireless camera systems come as a kit that includes up to four cameras, power adapters, USB cable and a wireless receiver. Most frequencies limit you to four devices. Optional equipment could include a video capture card that allows your home computer to record and display the camera images in real time. This option can replace a digital video recorder or DVR. Additional options are a joystick, and control board that connects to the receiver and or computer. The joystick controls the camera options such as pan, tilt and zoom. Cameras that come equipped with Wi-Fi would connect to your home’s computer network. You would connect the cameras just as you would any Wi-Fi device such as a laptop computer or wireless printer. There would be software include that must be installed on your computer to operate the system. To increase the number of cameras you can purchase cameras that operate off two different frequencies or channels.

Where Can You Use Wireless Motion Activated Cameras

Many cameras today are designed for indoor and outdoor use. However, you must take into account your typical weather when purchasing. Cold winters with heavy snow and ice may hinder the operation of some cameras. There are models that come equipped with on board heaters and fans for extreme weather. Wireless motion activated security cameras designed specifically for outdoor use, are more rugged in nature that can be secured to 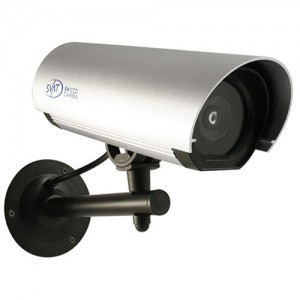 trees or even placed on the ground. Many times the cameras come encased in a rubberized shell that helps protect the camera in the event it is dropped or misused in any way. For home or small business security, the indoor, outdoor models are more than adequate however.

Motion activated cameras with 360 degree panning capability provide the best results when they are flush mounted. This allows the camera more viewing coverage. Cameras mounted on walls, for example, will have a limited view. This in some cases cannot be avoided though. For instance, cameras mounted to monitor and screen visitors, at a front entrance, would likely be mounted under a porch overhang, with a wall behind it. Keep the camera’s limited view in mind when placing other cameras to provide overlapping coverage to prevent dead spots.

Cameras mounted on poles should have a bracket installed to ensure the camera’s movement is not hindered by the pole and to provide 360 degrees of coverage. These cameras would typically be mounted along the perimeter to detect individuals walking up on foot. Homes with a gatehouse or security gates would position a camera to detect vehicular traffic and to screen visitors inside a vehicle. Keep in mind once a visitor drives up the camera is focused on the driver and or vehicle. Have another motion-activated camera positioned to cover outlying areas because the gate cameras main function is to monitor access to the driveway. Gate cameras with two-way audio allow you and the visitor to talk, while they are being monitored. Two-way audio cameras can be used at the front entrance to the home, as well, to talk with visitors at the front door.

Cameras placed inside the home can monitor how your child is cared for when with a babysitter. You can also use your camera system to monitor children or pets while you are at home with them. Many cameras systems once installed correctly can be monitored using certain types of smart phones. Parents can check in from any computer or phone while at work or otherwise away from the home. The cameras can be flushed mounted on the ceiling or mounted on the walls. Ceiling mounted cameras can monitor the entire room and the pan, tilt and zoom features can be remotely operated, as well. This makes it ideal when homeowners want to check on workers such as cleaning or construction crews that may be in the home while the owners are away.

Wireless motioned activated security cameras can be moved at anytime if a specific need arises. For example, you may discover someone likes to visit your tool shed or something or someone is destroying your flowerbed. Ensure the camera has the correct lux to record in very low light if it is placed inside the tool shed. Lux is simply the measurement of light and a low lux camera needs very little light to record by. Once the camera is positioned, the motion activation feature will capture and record any movement. The rechargeable battery packs makes it convenient because, the camera can be placed virtually anywhere as long as, it is within signal range of the receiver.