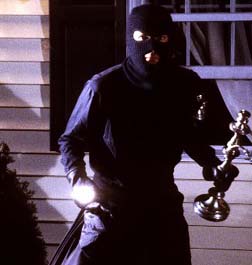 Burglary is often listed as a lesser crime, yet the impacts of this offense are quite severe. Forget of the objects stolen, which is terrible enough, and consider the psychological response of such a crime. Your own home, the refuge after after a long days work, has now been compromised by an unknown intruder. You will undoubtedly begin to start double checking locks, windows, and all doors before retiring. You will lose the sense of ease, peace, and comfort that comes with owning a home. Burglary is an attack on your property, your items, and on your future state of mind. Understanding the burglary crime rates in prominent neighborhoods can allow you to prepare for the worst, and secure your property before it is too late.

First, we must define burglary as it is used by the law enforcement agencies. Burglary is identified as the entering of a structure with unlawful intent. This extends to houses, cars, boats, lockers, and other any structural location you can imagine. Burglary differs from robbery from the fact that robbery utilizes fear from the victims in order to achieve its end goal. An example of burglary would be the breaking and entering into a home in order to steal jewelry while a family is away. It would be classified as robbery if the family were home, and the criminal used fear in order to claim the diamonds. It is worth noting that many burglaries escalate into robberies, if the criminal enters an inhabited residence, or if the situation changes beyond his control. These escalated raise the statistics of theft higher, yet are not counted in this article on burglary.

The statistics in this guide are from the FBI report for 2012, and from the National Burglar & Fire Alarm Association. As of last year, 1/36 of homeowners will experience a burglary in the United States. On average, the loss of property amounts to $1,500. This can be a severe blow to families in these rough economic times, yet no matter the financial response, the emotional response still remains.

From the report, it has been found that 62.4% of burglaries happen between the hours of 6am and 6pm. This is the average working schedule for the an adult in the American work force, making it prime time for criminals to find empty houses. This statistic may come as a surprise to those expecting burglaries during the nighttime. These nighttime crimes still occur, however, there are some ways this data may be skewed. A nighttime burglar may come face to face with a protective homeowner, which would most likely escalate the case to a robbery. Even without such cases, nighttime burglaries account for 37.6% of all burglaries, and the number is nothing to scoff at.

Based on the numbers, the FBI report that a burglary happens once every 15 seconds in the United States. This can range from a quick car break in, a locker being pried open, or a full house invasion. This number does not discriminate between affluent neighborhoods and ghettos, which makes the data harder to analyze. A poor neighborhood statistically produces more crime, yet often burglars will target prominent neighborhoods in order to heighten the value of their risk.

The FBI reports that the number one factor in keeping homes secure is a strong security system. This can be from an alarm sounding and notifying the police, to a high grade security camera system to effectively alert the criminals. This system can be visible in order to dissuade them from entering, or hidden and used purely for evidence later in the investigation. You can find the best security camera systems at Security Camera King, and ensure that your property stays yours at all times.

The United States has the highest incidents of reported burglary in the world. Affluent and prominent neighborhoods are often at high risk simply because of the possessions inside. The average burglar is none too bright, and will go for the house that has the most profit available. The average burglary does not last too long, which can making capture a difficult process. With a security camera system, you can hope for either prevention or the chance of regaining your belongings. A burglar may think twice before continuing if he becomes aware of cameras aimed at him. Should he be wearing a mask, your outside cameras may help police to find where he went on to next.

The report shows that 34% of burglars enter through the front door. The placement of a visible domed camera on your front porch can be enough deterrent for these criminals. Install a night vision dome camera with infrared capabilities above your day for the best protection in this scenario.

The other 64% of burglars enter through various points of entry, and often these points are too random to statistically analyze. Burglars have been reported to have come through windows, garages, side doors, and even through more obscure places. These obscure entry points may include heating vents, chimneys, and even by pushing in the air conditioner.

In order to prevent against these randomized break-ins, you can install a camera on each corner of your house for maximum protection. A bullet camera is perfect for this job, as they often provide night vision and a very wide field of vision. Plus, the camera is large enough to be noticed by even the most foolish of crooks, and yet still subtle enough to not take away the aesthetics of your home. 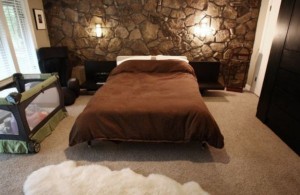 On average, the first place a burglar will enter is the master bedroom. This room often contains all of the family valuables. Some of the most sought after items are: jewelry, family heirlooms, cash, credit cards, firearms, and personal information for the purpose of fraud. Install a dome camera on the ceiling of your master bedroom in order to make burglars think twice. You may wish to invest in a vandal proof system, as the criminal may not back down and instead try to compromise your system. As another means of protection, try placing your valuables in another room. A burglar may become tired after having searched the master bedroom, and will not proceed to check any further. Remember, time is often a factor, and he will not wish to stay for hours searching for potential gold.

Aside from the master bedroom, burglars will wish to take your most valuable electronic items. Large screen televisions are often stolen, yet most burglars will wish to take easily concealable items. It will be more difficult for them to run away with a television than with an iPod. If you are leaving for an extended period of time, or simply wish to provide security while at work, invest in a lock system in order to store your valuables. You can lock your blu-ray system alongside your Apple products without worry.

With a lock or not, you should install a security camera nearby your most expensive items. You can place hidden cameras nearly everywhere in your home. These cameras come in the guise of a clock, an electrical outlet, a desk lamp, and virtual anything else you can think. Security Camera King has a host of these products available. Place an alarm clock security camera on your desk to ensure that nobody gets away clean with your valuables.

Most burglars are males in the age range of 17-30. These burglars often target homes that are close to their own, as they can retreat and hide away faster. They will often drive and park nearby, ride a bicycle, or simply walk over. Their intent is to take away high value objects usually for the purpose of selling on the black market. This is what makes Apple products such a high target. They are expensive, small enough to carry, and can be resold without much effort. 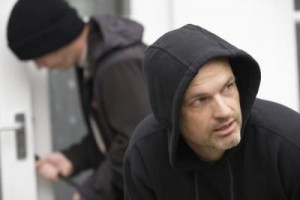 Your home will be targeted due to a variety of circumstances. Burglars are burglars because they don’t wish to work hard, yet never underestimate the dedication a burglar will allow himself in order to get in. If he finds the first floor is sealed shut and locked, he may even wish to enter from above. Once they select a house, they are more likely to follow through than move on to the next. It does not seem logical, but their minds are made up and they will give it their all. Install security cameras on any upper level in order to ensure they don’t sneak past your system below.

A home is also appealing to burglars if it is well secluded. Burglars don’t wish to make a scene with their every action exposed, so they will choose houses with large shrubbery, shadows, and higher fences. Place a security camera above any large plants in order to deter them away from this advantageous spot.

Along with security camera systems, there a few other techniques helpful for deterring burglars. Install deadbolts onto your door in order to make it more secure. Ensure that all windows are locked before leaving, as burglars use windows as the de facto second choice. Place stickers of a home security system on your doors and windows, and burglars may think twice about entering. Even with all of these tips, the best way to protect your home is with a security camera system. Burglars may think otherwise, and you can guarantee to have their every action stored safely on a DVR. This can be crucial if it should ever go to court, as you will have evidence as to exactly what was stolen. Check out the great deals over at Security Camera King, and give yourself the gift of never becoming a statistic.