A definition of frames-per-second (FPS) 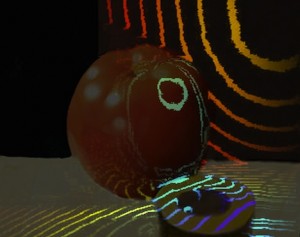 FPS is a term that describes the processing speed of a series of still image frames. More specifically, for example, 15 FPS means that a processor can record a series of 15 still image frames in one second so that when the frames are played back for a viewer, in one second of time, the viewer sees all 15 frames in the sequence in which they were recorded, giving it the appearance of motion.

The theory behind FPS is what gave birth to the motion picture industry, and it is still the basis of video technology. Instead of using a mountain of simple static photos, which is no way to see a movie, even if they could be produced, a motion picture camera captures thousands of still photos at a very fast speed, recording them sequentially on tape so they can be developed into a reel of film and projected onto a screen for viewing. This is a general description of analog technology. It is really still pictures simulating motion by rapid viewing.
FPS in digital terms

As the usefulness of the video medium advanced, so did the technology used in processing the still image frames.

Instead of recording motion onto film for processing, computer chips were employed that could “write” the images to a storage device, like a computer hard drive.

The images are written to storage by a process referred to as “digitizing.” The image, captured by the camera, is replicated by converting the analog picture from the camera into digital format that produces bits of data. A still image, such as one taken by a digital photo camera, is converted into a digital file that stands independently from other still images.

In video, the same principle is applied, except there is the additional step of tying together multiple images, paralleling the reel of film in earlier technology. This process of digitizing is done by software, and by “stitching” together the still images in proper sequence, a single data file is stored as a video file. The video file, when played, simulates motion.

In FPS terms, the number of individual frames that can be written to disk in one second, properly processed in the computer chip, with the software, provides a basis for comparison among processors. The faster the processing is, the better is the simulation of real-time motion.

For comparison, a processor that can digitize and record at 30 FPS, as opposed to 15 FPS, is twice as fast.
Unrelated to FPS, though worth mentioning, is that advanced software allows the viewer to see still frames, to slow the motion down, to zoom in on a portion of the image as well as to use changes from one image to another to provide a trigger for other actions to take place.

Referred to as “motion detection,” this is a tool used for the startup of other systems, such as turning on emergency security lights or notifying persons who are responsible for security in an area. This is not a function of FPS, though it helps illustrate the outstanding versatility and usefulness of digital technology.

How many FPS are enough?

The frames-per-second requirements vary with the intent of the application. Using the example above, if motion is used as a trigger to turn on emergency lights, or to send a text message to a security officer, the FPS is almost irrelevant. Even if the processor can only convert at a rate of 7.5 FPS, it is plenty fast enough to do the job required of it.

However, in a critical industrial application, such as manufacturing, the faster FPS rates can be helpful in determining the origins of a breakdown in production equipment.

A video camera that is trained on the critical operation, in such a case, can send images to the processor at a rate that is faster than the human eye can see. These images are processed as a video into a single file. If the recording chip is capable of processing at very fast FPS rates, then using the software to slow down the viewing may show the point in the fusing process where the breakdown is occurring, allowing an adjustment to be made to the machine to fix the problem and to get the production going again.

A discussion of “real-time” FPS

Setting aside the arguments among video gamers about what the human eye is capable of seeing, in the video surveillance industry, 30 FPS is considered real-time, meaning that watching the video at normal speed looks virtually the same as it does when viewing the scene with the naked eye.

In a case where a building security officer needs video to watch a parking lot and record suspicious events, 30 FPS is indistinguishable from live viewing. At half of real-time, 15 FPS, watching a car in a parking lot, or watching a person walking up to a car, perhaps to break into it, will present only very slight choppiness in the playback of the video. It is barely noticeable. The FPS rate of 15 is still very usable in terms of seeing what happens in the parking lot.

For someone who wants to install security cameras on the outside of his home, a rate of 7.5 FPS is still highly suitable for seeing what is happening. The playback will appear a little choppy, but it can still provide valuable footage for analysis.

Real-time may seem to be the best avenue for most all applications, but in terms of necessity, many buyers would be happy with the results of a system which produces less than real-time FPS.

The technical data of a DVR is listed with its specifications, usually found in the literature that accompanies the equipment, or on the website from which the unit is bought.

In the DVR specifications, an FPS rating may show 120 FPS, or 480 FPS, and so on. If 30 FPS is real-time, do numbers this high mean that the DVR has too much processing speed to be practical? After all, does the high speed not come with a higher price that may not be necessary to spend?

The DVR specification needs some explanation. It is a question of simple math. If the DVR is a 4-channel recorder, the FPS rate should be divided by four. If the DVR has a rating of 120 FPS, and it is a 4-channel DVR, then all four channels can be recorded at 30 FPS, or real-time (120/4 cameras=30 FPS per camera feed).

On the other hand, if an 8-channel DVR has the same rating of 120 FPS, the maximum FPS that can be recorded on this specific machine, when all eight channels are feeding the DVR equally, is 15 FPS (120/8 cameras=15 FPS). However, unless the specification states that the maximum FPS per channel is 15, using only six cameras, instead of the maximum of eight for this DVR, the unit would allow a recording rate of 20 FPS per channel (120/6 cameras=20 FPS).

What is the downside of higher FPS ratings?

The downside of the higher FPS ratings is really only a matter of how much storage capacity a person wants in his archive.

Since 30 FPS represents twice as many still frames being processed per second than a DVR with a 15 FPS rating, the amount of storage needed for the video is also doubled. This can be a big difference in space and costs with larger systems of 32 or 64 cameras.

The formula is further complicated by how much time needs to be archived, pending a review or investigation. In a business that operates around-the-clock, when theft or intrusion would be noticed quickly, a seven-day archiving capability is often enough. Even though the 30 FPS DVR requires twice as much storage as a 15 FPS unit for the same amount of archived time, the difference in required capacity may be irrelevant to the buyer.

Many operations require more archiving capability, sometimes as much as 90 days worth. When this is the need, buyers will want to pay special attention to compression technologies and hard drive costs that can boost the price of the unit, without getting much in return, if the footage can be reviewed in less time than the 90 days standard that was originally set.

One way of getting around the storage issue is to set each camera according to the actual need of its particular placement. A camera that puts “eyes” on a sensitive storage area, like a pharmaceutical cabinet in a hospital, would not require a 30 FPS rate. Movements in the camera’s view would be simple human movements, like arms and legs moving, or a head turning.

These movements are easily captured on a much lower FPS rating than 30. A 7.5 FPS would be sufficient in cases such as these, thus cutting down the amount of required storage for those particular cameras to only 25% of that which would be required by a 30 FPS setting. Only those applications that require the recording of exceptionally fast motion would need to be set to 30 FPS or higher.