Ghost photography has been around almost as long as cameras have existed. Usually these consisted of multiple or long exposures, or other photography tricks.. and the gritty, grainy nature of early photography led to the authenticity to these pictures. 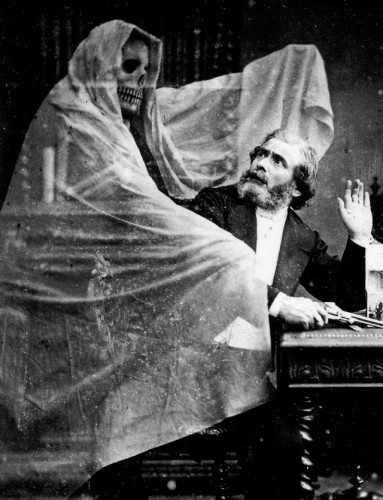 But many skeptics of the time, such as magician Harry Houdini, knew how these images were achieved and were able to successfully show how they could be either rationally explained or recreated using natural phenomena.

Back then, cameras were a novelty, and moving image cameras were only available to the rich. Now, we live in the age of surveillance where everyone has a high resolution video camera in their pocket. And, surveillance cameras are literally everywhere we work, live, play, and drive. We also have several long-running incredibly poplar television shows that claim to hunt these ghosts and claim to capture ghost activity. 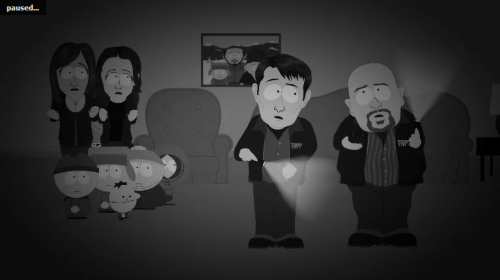 There are billion dollar movie franchises like “Paranormal Activity” where the premise is entirely based around the idea of catching spiritual entities on a surveillance camera.. that’s how deeply ingrained the concept is in our culture. 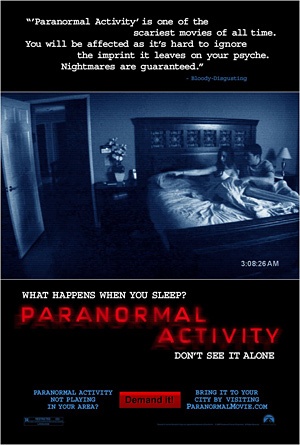 Cost 5 bucks to make, made a bazillion dollars.

We’re on camera at least 70 percent of the day now. So with all that surveillance footage being shot.. millions of hours of footage being shot every second.. why aren’t we seeing ghosts more often than we are? And why aren’t they more consistent in the forms they take?

Well, thanks to YouTube and other video sharing sites on the Internet, we can take a closer look at these claims and try to see if there is any validity to the claims, or whether there’s a more everyday, rational explainable for what we’re seeing.

So with this article, let’s examine a few popular viral security camera videos that purportedly show some sort of supernatural phenomena. After each one, we’ll examine the most plausible explanation for it.

In this incredibly grainy video, we see an undated after hours security camera tape from Disney Land. After a few seconds.. a floaty ribbon of light appears to move from left to right on the footage.

Believe it or not.. there are some businesses that still use tapes and VCRs to record security footage… Incredible, I know. But it’s true. At this point it’s the video equivalent of an 8 track tape. But, these are usually businesses that have had the same systems in place for years and the businesses believe they are too expensive to replace or perhaps they just haven’t gotten around to it yet. Either way, what we’re seeing here are the results of of an over-used VHS tape, probably the same one they’ve been taping and re-taping on for years. As anyone who is old enough to have recorded footage on EP mode several times over on a video cassette will tell you, these can produce some odd artifacts and “ghosting” effects on the tape.. sometimes strikingly so. So much so that over the years, VHS tapes have acquired a post-modern ‘creepy’ status solidified by “THE RING” series of films which used the “ghostly look of old tape to it’s advantage.

One of the few ghost stories that actually became a news story on CNN, this one involves a chunky blue cloudy blob of an apparition that floats around to a few separate places on the screen before flying off.

Probable Explanation – Bug
Moths and other bugs are not uncommon hindrances to security cameras. If one gets too close to the lens, it will appear out of focus blob, and move somewhat erratically, much like the one shown here.

In an old luxury hotel in Daytona Beach, Florida.. a white blob of a specter appears to float around the bar area. A security guard was reportedly sent to investigate, but was “spooked” and declined to do so. The head of security of the hotel reports of other ghostly phenomena such as noises, wails, keys jangling, but here we’ll only focus on what can actually be confirmed.. the video.

Again.. judging by the path the ‘ghost’ takes moving across the image of this hotel bar.. sort of an arcing curve.. it could very well be a bug… probably a small moth walking across the lens. Or, it could be an anomaly in the digital video.

In this video, you’ll see what purports to be a hotel or mall in Indonesia. It starts with a person walking by, nonchalantly, then suddenly a large glowing object falls out of the sky like a lightning bolt, lands, then immediately flies back up into the sky, all in the span of about a second.

Probable explanation – Computer Animation
One of the least convincing videos on this list… It’s fairly evident that this “angel” was created in post-production with graphics or animation software, as it’s movement resembles something you might find in a video game.

Woman walks through a ghost in Tokyo

Much like the proliferation of video cameras over the last 20 years or so, video editing and special effects software has been put in to the hands of just about anyone with a computer. And now that we even have small computers in our pockets, anyone can edit or add an effect to a video.. and most of this software comes ready-made with tools and tricks to maintain the original camera’s look and fidelity or glitches… in other words.. it’s really easy to fake videos these days.

The problem with definitively proving whether ghosts or paranormal activity exists through a video format, especially these days, is that there are dozens of ways that footage can be either faked or simply be misunderstood natural phenomena. So while these videos are entertaining, they are a poor method for “studying” this phenomena or trying to use it as proof of it’s existence. Like UFO videos, they’re occasionally entertaining, and fun to speculate about. But, it’s always wise to first cast a skeptical eye on supernatural claims.

If you want to try your luck with capturing a real ghost with a security camera, we have lots of cameras to choose from. Check out our Secuirty Camera Systems (that do not use VHS tapes!). Who knows, maybe you’ll capture a ghost! Or, in any rate a bug that resembles a ghost for a really nice YouTube upload 🙂