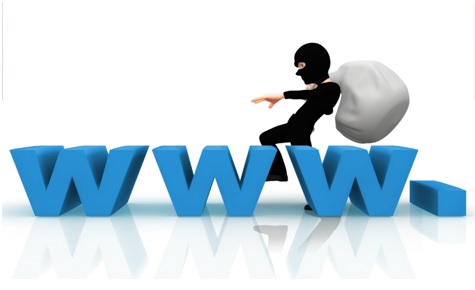 The Players, The Reasons and The ways we can incorporate into our lives to protect ourselves

Crime has become increasingly more digital. It is done with ease, almost unnoticeable, hard to trace and able to be done from anywhere. Pre-date main stream technology, if someone robbed a bank, all we had to do was simply turn our heads and look at those who were in the vicinity of the bank being robbed. Now that it can be done digitally, when someone robs a bank, it can be anyone on the face of the earth that has a computer and an internet connection. The thought of this is very disturbing.

Crimes through the Worldwide Web has been a big problem for America, but in the last 10 years, it has become an issue that has been brought to the forefront. In earlier years when newspaper sales still flourished and hoping on the net required that NO ONE be on the phone at the time you attempted to surf a primitive flourishing network. When we talked of cybercrime, we were most likely referring to website defacements, viral viruses, pedophiles (cyber stalkers) and the occasional stolen credit card order placement shipped to a different address or P.O. Box. Everything we now know has become a lot more rampant along with the natures of these evils. The seriousness of these crimes has reached an all-time high. Perpetrators such as terrorists, organized crime (like the Mafia), foreign dynasties, diplomats, drug dealers and hackers are now shifting ways of their criminal profession’s from our streets to our Cyber Highways. From incognito sites that portray match making (human trafficking), to emails requiring or informing that your account “needs” updating by requesting for personal and sensitive information (known as phishing). As well as sites that “synthetic” cocaine and marijuana (remember MR. Nice Guy back in 2010) to nefarious charities that bank on actual natural disasters or events. http://www.palmbeachpost.com/news/news/no-more-mr-nice-guy-federal-drug-officials-make-so/nLqSf/

Cyber Crime is not only a circumstance limited to criminals but to our “supposed” law abiders as well such as law enforcement, Wall Street bureaucrats and geek fan boys. Even our own Governments are unscrupulously collecting data under the guise of “In the Interest and Security of the People”. Yet the same government, instituted for the purpose of delegating to the certain, limited (and enumerated) powers portrayed in U.S. Constitution. (I could traverse through this topic for paragraphs but would lose sight of our current topic. For those of you who still like to elaborate on this distinction, please click on the following link:

Let’s take a moment to understand why these evils came to be. Why do you think such crimes exist? Multiplying and introducing more and more culprits to this genre every moment. Everything triangulates to these insidious six:

Before we look at ways to protect ourselves and preserve our assets, let’s dissect the concepts of these root evils. In doing so we might be better to situate ourselves to a position of becoming more impervious to the crime syndicate and its many faces.