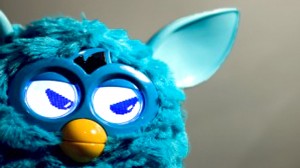 An online based publication from Security Camera King by Michael Gallardo. This is our series of articles that bring you the interesting developments of technology and the science behind it. All the while reminiscing on nostalgic events, the indulgent in humor, and breaking free of the norm of topics. I hope everyone enjoys

For a lot of us growing up (and till this day, myself included), we entertained ourselves with the thoughts of ourselves as the rebellious youth, fighting against an oppressive Government induced society ran by unreasonable old men. The truth is that most things that are illegal are illegal for a reason. Society just “doesn’t” enjoy your public defacements as much as you do. But sometimes, the grownups get it wrong. Hilariously wrong, in fact. Hence:

Good old 1990’s. A decade where bands like Offspring and The Smashing Pumpkins found main stream success. The Simpsons dominated pop culture, DC comic world penned The Death of Superman and the era when Boy Bands ruled the Earth. Let’s flash forward to 1998 in particular. While Microsoft was sweating the Antitrust Case, Sega first released its unforeseen last console (the Dreamcast), and you could still purchase a gallon of gas for your vehicle under two dollars. As 98 drew to a close, however, something had grabbed the world by storm even more so than the upcoming impeachment of the President of the United States and would you believe it was a toy? When I first laid eyes on one, I was immediately reminded of Gizmo from the movie Gremlins and that episode from Star Trek the original series, “The trouble with Tribbles”. I must say, Captain Kirk wasn’t the only one with laments. Besides the quarrels amongst the masses of parents clawing and scratching each other to procure one for their child and the price gouging that soon followed, there was another fiasco erected by these flea-less artificial animal, The NSA. Along with other Government agencies, the NSA banned the critter from entering any of their establishments. This policy was stemmed from a common misconception that these fur balls retained and repeated words that were said around them. Also, that it is possible to have the Furby say certain pre-programmed words or phrases more often by petting it whenever it said these words. They were wrong.

How does it really work?

A simple electric DC motor, control board w/ cache and a system of cams and gears raises its ears, open/closesthe Furby’s eyes and mouth, and pedals its feet producing a faux display of mobility. With the module board and built-in cache the Furby would respond based on certain actions performed to it and interact via a sound sensor also equipped inside this critter. Besides its native tongue known as Furbish, this creature would slowly incorporate legible speech skills over time but does not become a product of its environment. The seemingly speech development is a pre-determined primitive use of the English (or in the tongue of the country the Furby was purchased in) language that slowly replaces certain “Furbish” phrases overtime. The speed and process at which it does this is meant to resemble the process of learning a new language. Due to the misunderstanding of this technology a myth was born. Resulting in our intelligence agencies (much like a spy committing espionage) exiling them from adorning the desktops of employees.

Where are they now?

They…just…wont…die. I guess since Gremlins and Critters had their few bouts with fame, why not this creature featured toy series. Back with new features (and a higher price tag) with parts much like your smart phone consists of, such as: LEDs, an accelerometer and sensors. With softer fur (besides making it more huggable, it also conceals 3 capacitive touch sensors,), rubbery ears that move and twitch, and a larger capability of expressive features composed of backlit LCD digital eyes with mechanical eyelids that blink. It’s through its LED eyes that the new fuzzy creature is able to express most of its emotion. Within the digital eyes appear graphics that show the Furby’s feelings. Tickle it and hearts will appear, feed it a spicy pepper and you’ll see flames in its eyes and of course, like the original, it can close its eyes when it’s time to go to sleep. The most important feature for parents and the tiring children of their mechanical pet’s needs. Buyer beware, like the 1998 version, there is no ON/OFF switch. Hasbro, the manufacture of the popular toy line says that’s intentional and continuing on to say “Furby helps teach children responsibility”. There’s a higher price to be paid for that as well. The new Furby cost $60 (batteries not included), almost double the cost of the original $35 Furby. The price, Hasbro says, goes to pay for all the new technology. “We decided if we wanted to successfully make a toy where a kid wants to form a relationship with it, this is the tech we need,” Davis said. “People are looking at $60 video games; we think people will play with Furby for longer than some of those video games.” Of course, nowadays what good is a toy if it doesn’t have its own app. Yes, that’s right, there’s an app for that. For Apple & Android owners, you may download a (free) corresponding application on tablets, phones and PC to interact with the new Furby. Feed him, communicate with him, you’ll even find a dictionary to translate Furbish. Now if only I could get it to actually spy on the NSA……

I guess the NSA didn’t get their hands on all the information of this project, had they did they would see that these creatures come in peace. Perhaps maybe, just maybe, be more compelled to spend their time nurturing their furbies rather than breaking the constitution they’ve been elected in place to uphold. So I say “Bad Government, no more votes for you, time to usher in a new democratic party with the interest of the people and everything great about this Nation, including our Constitution.

Until that day comes again, it’s time for us to start protecting ourselves. Here are some simple implements I have adopted to keep my valuables safe and my desired private information, well…private.

There are many objects out there that can conceal your items while never really being obvious. So as everyone interacts around you, little do they know, an outlet or soda can contains your valuables. These are often referred to as diversion safes. Keep hackers (and maybe the NSA) from spying on you with regular maintenance of your PCs, up to date virus programs, frequently switching up your passwords and investing in a VPN.

We try to protect our children from negative portions of the world but the consequences from the choices our children make can leave you both vulnerable. With that in mind, here are some features you may have already in your homes not being utilized. Most modems, routers, TV and smart devices are capable of parental features. These features depict what your kids have access to such as programs, websites, and buying capabilities. Some will even log words and keystrokes of what type of things your child attempted to search for. There’s even tracking software available that can perform these tasks including all messaging, emails, and social networking activity with screen shots. It runs discretely on the PC leaving only you aware of its existence. Talk with your kids about the dangers that could happen. Also pay close attention to their actions. Noticing small things such as appetites and attitudes can suggest something detrimental taking place in their lives. There are covert cameras that can help assure your child is treated with love when in the care of someone you entrusted them with.

There’s a saying that goes “In the wrong place at the wrong time.” I detest this motto and I feel you should too. Take back the places you enjoy to go at the times you like to venture whether a potential assailant is bigger, stronger or possible armed. Take the time to learn new defense moves or get away tactics, simple moves learned and mastered in minutes. Make this small step with a class, coarse, or instructional video. I myself use to teach a women’s self-defense class, even men would attend. I learned a lot about the fears individuals may have and for some, including myself, don’t feel comfortable or the necessity to own a gun. I have readily available pepper spray for my girlfriend on her key chain. I even carry animal repellant every time I go to a different install. This stems from an encounter I had with a neighboring dog of an install I was on. He jumped the fence chased me and I stayed up on a 24ft ladder for a few hours till the customers neighbor came home. Now had he been as small as a Furby, I might have been more inclined to love him, and hug him, and squeeze him and call him George. (For those of you who don’t understand that reference it’s from a classic Looney Tunes episode)

Real-life Furbies were discovered in Indonesia. I’ve read elsewhere that this is not a brand new discovery as many people have been said to have sighted these creatures in The Philippines for years now. The link below will take you to an article relating to this. In the article it does state that these Furby look-alikes, known as a type of pygmy tarsier, haven’t been spotted in Indonesia for more than 70 years. Is our nostalgic toy a coincidental model of these critters, inspired look from artist rendering of these creatures or a “Great minds think alike” scenario of man and OUR creator.