Here at SecurityCameraKing.com, we make a lot of product and demonstration videos. Most of them are very straightforward unboxing or how-to videos that are generally intended to be factual, informational, educational, and just plain good for you. But a few months ago, we started making a series of Daytime / Night-Time Infrared (IR) security camera demos, to help illustrate not only the quality of video the camera can produce in the daytime, but also how they look in total darkness. The first few IR security camera Demo videos were fairly standard fare. Someone would walk into a warehouse, pretend to steal something, and walk out. Perfectly fine for demonstration purposes, but after a while, they a felt little bit samey. We needed something fresh. Something with pizazz. Then, as if by fate, we found just the guy to add that aforementioned pizazz. 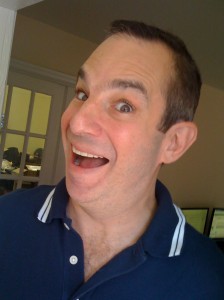 We discovered our affable and good-hearted co-worker Ian had some very unique and baffling acting talents, and was keen to show them off at the drop of the proverbial hat for our humble security camera demo videos. We’re still trying to decipher what exactly those particular talents are, but rest assured, when we finally figure it out, we’ll be submitting these videos to the Academy for award consideration.

But wait! It gets better. If discovering you have one preternatural acting prodigy in your midst is like finding a crisp new 2 dollar bill in your jeans, then finding a second genius performer among your co-workers is like finding a bowling pin juggling Bigfoot on a bicycle riding through the forest. But we found our Bigfoot, and his name is Jose. 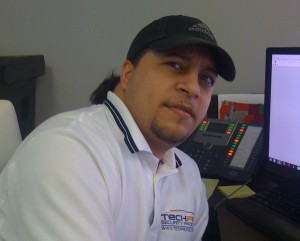 On their own they’re good, maybe even great, but when they combine acting forces they are unstoppable camera demo acting machines, as you’ll soon find out. I present to you now a mercifully truncated list of some of the goofiest camera demo videos these two maverick method actors have assisting us in bringing into the world.

May cause nausea and uncontrollable eye rolling. You have been warned. 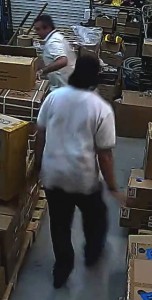 In this first video, you’ll witness a rare sighting of something we’ve come to know as “The Flappy”.  The Flappy only only makes itself visible for fleeting moments every few months, but when it does it’s a thing of glorious wonder, not unlike Robocop riding a unicorn. 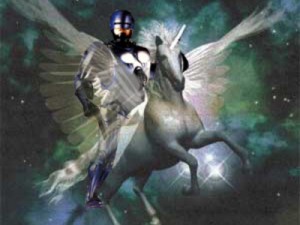 Still not as impressive as “The Flappy”

The Flappy can’t summarized by a screen grab.. and it’s glory cant be verbally described. It can only be witnessed in it’s full-motion glory. 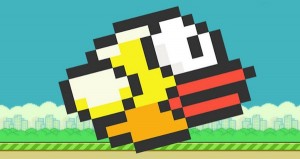 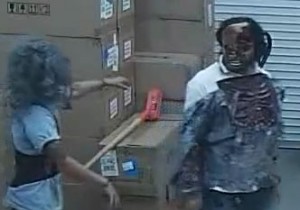 The internet is choc full of creative and touching tributes to Michael Jackson’s Thriller, arguably the most important music video of all time. And this is not one of them. Instead of having, say 1000 Filipino prisoners dancing in unison to the actual Thriller song, we have 2 reluctant security camera company employees that were forced into shabby, unconvincing zombie costumes bought at a dollar store and ordered to dance to complete silence, so that we would then have public domain dance music played over it. Thus creating a dance video that, while terrible, somehow achieves “so bad it’s sort of amusing” status.

3) COUNTDOWN TO GETTIN’ DOWN 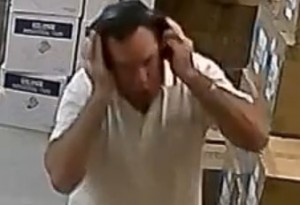 Most of us at Security Camera King like to get down. Others like to get funky. These two factions rarely mix. But our good pal Ian is the rare breed that will not only get down, then turn right around and get funky, and then top it off with a classy slow dance, with himself. But we know that if he had the chance, he’d ask the world to dance. Sadly, that’ll never happen. 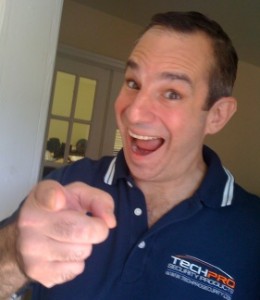 Ian want’s you… to get the funk out.

4) LASSO-MASTER / MARCH OF THE CONEHEADS 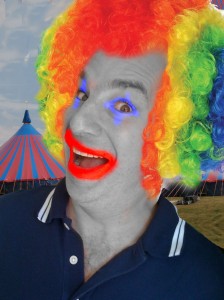 Some told him it was time and money frivolously wasted, but we beg to differ, because as you can see here, that’s not all that was wasted. 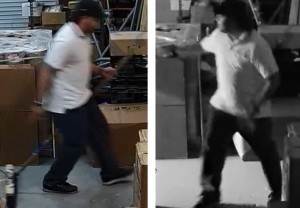 As a child, all Jose ever wanted for Christmas was a pony. When his parent’s cruelly denied him this humble request, humiliating him in front of all those kids who he had been telling for weeks that he was really getting a pony FOR REALS, it drove him mad. That madness only surfaces from time to time, causing him to grab a mob or broom and gallop around on it in a warehouse. It can also manifest itself as random dancing in a warehouse. We’re not sure why that is, but we don’t judge him for it. We just back away slowly.

6) THE AIR-BASS MASTER – LIVE IN CONCERT 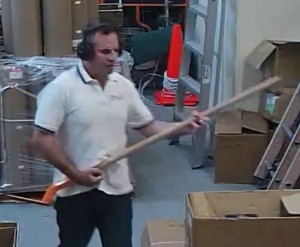 Ever since little Ian learned that world famous bass player and all around rock-god “Lemmy” Ian Kilmister of Motörhead shared his same first name, he was determined that he, too, would master that bass.

Sadly, due to an appalling lack of musical talent and manual dexterity, his dreamed turned to ashes in his cramped little fingers. Not to be deterred, he decided then and there that if he couldn’t ace that bass, he could at least master an invisible one. It took him years of half-hearted training to become a slightly passable air-bass player due to his complete lack of work ethic, but he finally became skilled enough at his craft to starting playing free concerts in warehouses for adoring imaginary audiences. 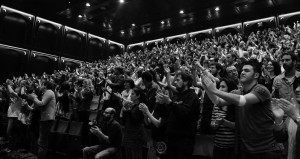 END_OF_DOCUMENT_TOKEN_TO_BE_REPLACED

At SecurityCameraKing.com, we test every camera we produce, and then we upload those demos to our Youtube channel. These videos demonstrate what the camera's view looks like, usually in both light and dark...