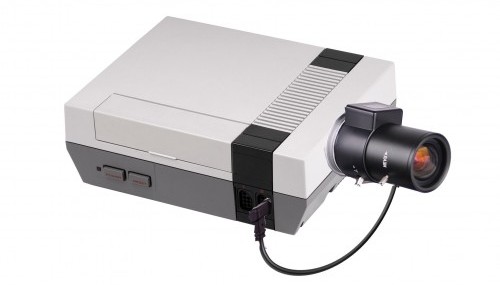 It may be hard to believe, but video games have been with us almost 50 years now. Coincidentally, that is about the same time CCTV cameras have been around with both technologies starting to come into their own in the 1970s. The 2 technologies didn’t actually crossover until the mid-1980s when graphics and game play options became sophisticated enough to incorporate an actual game play use for CCTV cameras. So, lets take a look at some of the games that actually found a way to work surveillance cameras into how the game was played. 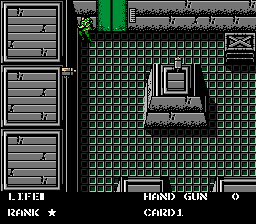 The granddaddy of the spy game genre, Metal Gear, was like an 8-bit amalgam of the films “Rambo” and “Escape from New York”. In the game, you play as Solid Snake, a military spy trying to take out an evil dictator located in a bunker complex in the jungle, as well as his doomsday weapon, a walking tank called the Metal Gear. The game has a top down, birds eye view perspective. The game was also one of the first to require stealth, meaning the player had to sneak around the game undetected rather than going out guns-a-blazing, in order to survive.

The first of many games to actually incorporate CCTV cameras heavily in a game. Essentially, the cameras were either fixed in one location or moving back and forth on tracks.

In the original 8-bit Metal Gear games, cameras could not be avoided by walking under them. Instead, the player must hide behind a wall or “equip” the cardboard box before it moved over him. And in certain areas, you had to access a CCTV monitor to show you where enemies lie in waiting in adjacent rooms. 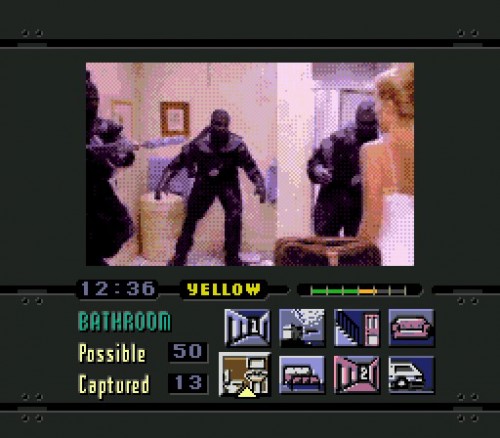 One of the more bizarre footnotes on game history, Night Trap, a B movie style horror / comedy game was one the first CD based console games. Appearing first on the SEGA CD platform, the disc format (still a new technology at the time) allowed for very compressed, primitive FMV (Full Motion Video). Night Trap is the first game where the ENTIRE game is viewed through the lens of hidden security cameras. Though practically unplayable by today’s standards, this game was groundbreaking and quite controversial for it’s time.. being one of the games that directly led to the video game content rating system.

How CCTV is used in the game:

You’re an undercover SWAT team that’s monitoring a monster-ridden house where a slumber party of sorority girls is taking place. This is happening in eight different locations, but only one camera can be viewed at a time. When Vampires (called “Augers”) invade the the house, the player has to find them and use traps to capture them. 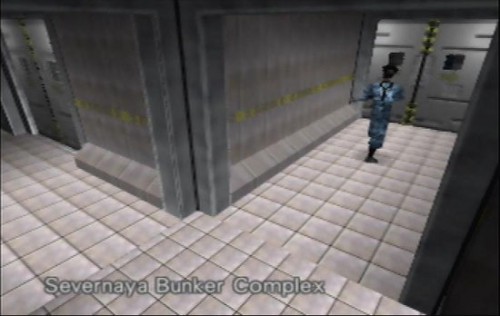 A game that was originally intended to be a 1996 N64 launch title was an adaptation of the 1996 “reboot” of James Bond franchise, “GOLDENEYE”. However, the game’s development dragged on for over 2 years. It was worth well the wait. Garnering near universal praise and adulation for its realistic first person spy shooter mechanics and addictive multiplayer mode, the game went on to sell an incredible 6 million copies. 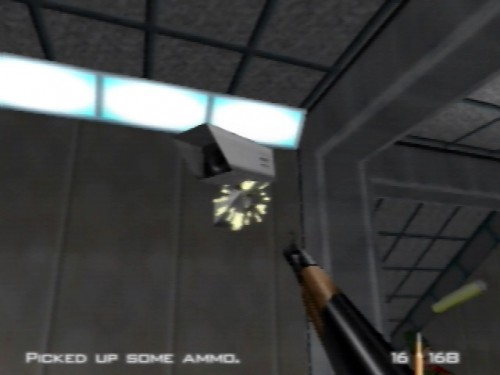 In Goldeneye007, cameras have 3 dimensional line of sight. If you appear in front of them, they will trigger an alarm which will send soldiers to your location. Cameras can be shot down (which can be done through windows as well as from long distances), allowing you to move freely through an area. Also, it’s possible to access certain security cameras in certain enemy complexes which allow you to see rooms that lay ahead of you, then plan your strategies ahead of time. 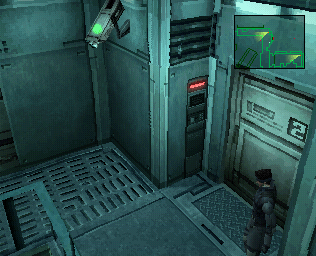 Coming about 10 years after the original Metal Gear game for the NES and MSX came on the scene, Metal Gear Solid shook up the gaming industry in 1998 by taking it’s sci-fi espionage story and giving it an unprecedentedly cinematic feel for the late 90’s. This sequel / remake took the game play options so far beyond it’s original incarnation that it felt like a completely different entity, despite sharing characters, stories, game play and themes in common.

Like it’s predecessor, Security Cameras in this game become a constant object of avoidance, but unlike the original, they can be avoided by hiding underneath them. And like Goldeneye, your character con occasionally access the cameras to avoid later obstacles. 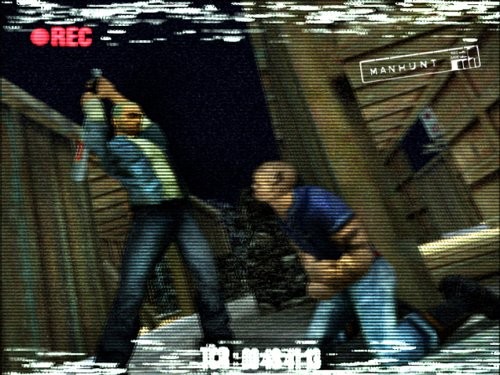 This game, created by the team behind the Grand Theft Auto franchise, is a controversial urban horror-centric game that, unlike many of the games listed here actually uses security cameras as part of the plot.

How CCTV is used in the game

Notorious for it’s violent imagery, this game uses it’s CCTV cameras as both a plot device and as a visual aesthetic. The plot involves a “Snuff Film” director that sends a death row inmate into an abandoned neighborhood to kill his way through gangs in order to satisfy his “audience”, which is being filmed by “thousands” of CCTV cameras located there. At specific violent parts of the game, the visual aesthetic switches to a gritty, static filled, but convincing analog video look. 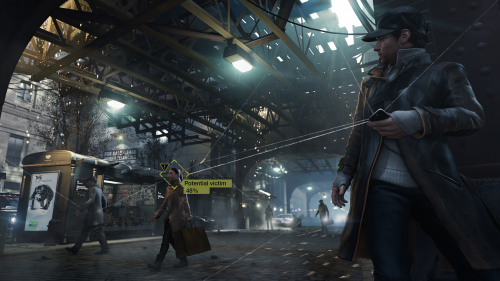 The newest and most ambitious game on this list, Watch Dogs is a 3rd person, open world / mission-based tech action-adventure game where players can freely roam the open world of a near-future version Chicago, but can progress by completing missions.

How CCTV is used in the game:
The game centers on a hacker and ex criminal bent avenging his family, using his hacking skills and smartphone to connect to the city infrastructure operating system called ctOS (CenTral Operating System). This allows you to access, monitor and hack everything the city… including manipulating traffic lights, finding information in suspects, and accessing over 25,000 security cameras all over the city in order to stop your enemies.

What makes this game different from past games that utilize CCTV networks is that your access point to cameras or anything else in the game is a cell phone, which immediately makes it feel incredibly modern.

END_OF_DOCUMENT_TOKEN_TO_BE_REPLACED

Advanced Camera Features with SCK Security Camera King's CCTV equipment has some of the most advanced cameras features available! Read on to learn more about what they can do! CCTV or closed-circuit television is an extremely...

END_OF_DOCUMENT_TOKEN_TO_BE_REPLACED

Why use an NVR

Why use an NVR With Hybrid DVRs now available often we get asked "why use an NVR". SCK carries the best NVRs, let's talk about what they can do! We're going to first explain what...

END_OF_DOCUMENT_TOKEN_TO_BE_REPLACED

Complete CCTV Systems with SCK Security Camera King carries everything you need to build complete CCTV systems, and we also sell packages for this too. When we talk bout complete security, what we mean is of...