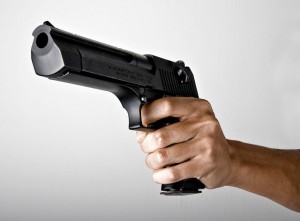 Many people wonder about the flow of guns in the United States when compared with other industrialized countries. In the United States, there are two pillars of gun control: registration of weapons and licensing for gun owners. The US is basically the only country throughout the developed world that doesn’t license owners throughout the board. Since it is just about the only one, it can be difficult to compare the US with other countries because those same rules and regulations simply do not exist elsewhere. Canada and New Zealand are two other countries that don’t register guns across the board. They tend to register semi-automatics and handguns, but not shotguns and rifles.

Out of all the countries in the world, only the United States and Yemen consider owning a firearm a basic right for civilians. Yemen has recently begun clamping down on civilians owning guns. In the US, some people equate registering a gun equal to that of the government overreaching their boundaries. Governments are able to use licensing lists and registration to head out and make sure no one is resisting their views. Another downfall to registration is the fact that it focuses on those who follow the law and are not the problem. The ones who are continually breaking the law and causing problems are the ones who are not going to register their gun to begin with.

Beyond lax regulations for gun registration, the United States stands out in the crowd because of the number of guns found in the country. Estimates indicate there are 270 million civilians who own a gun, which equals 88.9 firearms for every 100 people. India ranks second in terms of the number of handguns they have with 46 million in the hands of civilians. That equals out to be four firearms for every 100 individuals.

They consider the homicide directly related to the presence of guns. Even though it is not clear that guns are responsible for causing acts of violence, they can clearly change the outcome along the way. There are other countries that have homicide rates close to that of the US or worse, but they are not a model for public safety by any means. In the United States, there were 10,300 homicides from firearms back in 2009, while Mexico had 8,804 and Columbia had 12,808 during the same years.

Even though everyone talks about violence associated with guns, it is the violence itself that is the problem and not the guns. People have killed each other since the times of Cain and Abel and they are not going to stop anytime soon. Bad guys that are looking to kill will not have a problem finding a gun. When it comes to violent offenders, the restrictions for purchasing guns could be more difficult than what they are currently.

When you think about the massacre in Connecticut and the revival throughout the United States about the debate on guns, the entire conversation has been dominated by those who want to take things to the extreme. The rest of the country ends up falling through the cracks and stuck in the middle somewhere. In terms of the general population, gun owners and others included are supportive about stricter background checks for those who are looking to purchase a firearm.

If the government were to expand upon the reasons why people were not allowed to purchase guns, that may help reduce the amount of gun violence within a couple years. For example, looking at the individual’s history of violence or alcohol abuse can prove to be an insight into what the future holds in store for them. Taking the time to think about our relationship with firearms may prove beneficial to the entire country. It is important that we start doing things that are going to work and stop putting off making the necessary changes to help everyone feel safe.

Consider Some of the Following Statistics About Firearms

Recent studies published stated that there is a negative correlation between the amount of violent crimes and the amount of people who own guns in the country. More guns tends to equal less crimes. When people are worried about whether they are going to have a gun pulled on them, they tend to err on the side of caution. Nations that have a stricter law on gun control will end up with a larger rate of murders than those who don’t. Out of the nine European countries that have the least amount of people with guns they have a combined murder rate that is three times higher than the nine European countries with the highest number of people owning guns. The more people that own a gun, the safer the place is going to be. Why do all of the countries keep imposing such extreme sanctions and regulations on people being able to own a gun?

Back in 1997, the Labor Party banned handguns from the United Kingdom. At that time, the number of violent attacks skyrocketed by 77 percent to 1.2 million. Every minute two people were the victim of a violent attack. Even though guns may not be allowed, that doesn’t stop people from taking matters into their own hands and going after those that they have an issue with. In the United Kingdom, kitchen knives are being used as a weapon of choice in about half of all stabbings. Doctors have sought to get a ban on all of the long pointed kitchen knives, but criminals are only going to figure out something else to use as their weapon of choice.

In the end, it is not the gun that is the problem in all of these different countries, but rather the violence that brings it all into play. If we can figure out a way of eliminating violence from people, the world will prove to be far better than what it has been for the past few decades.