Security cameras have been around since Woodstock. In the 1960’s banks all over the United States began using cameras for securing their perimeters. In the 70s, the Akai security system used a monochrome camera connected to a reel to reel VTR to preserve data. Later in the 90s multiplexing was introduced allowing the viewing and recording of multiple video signals, motion only recording and time lapse video. We all know what capabilities computers gave us for recording data to CDs, DVDs, Flash drives and large capacity hard drives.

Sheriff deputies are usually guarding the court-house front. They count on instinct when judging someone’s character, whether it’s a high-profile criminal or an enraged victim. Court house guards need to have their eyes peeled at all times, and using CCTV camera systems is one of the real-time observation tools they use to accomplish this very difficult task. 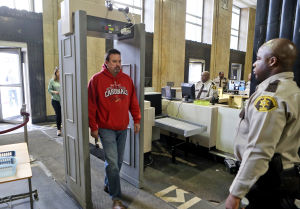 Security cameras have the responsibility to keep judges, lawyers, prosecutors, the public, inmates and reporters safe when attending all court proceedings. Monitoring these cameras are dedicated technicians looking out for the unexpected.  Bond hearings, motions, and sentencing can now be recorded and saved into the courthouse database. Security cameras also help to secure prisoners to and from the intake of the court-house.

Using security camera monitoring in jails has been around for a while now. Older systems were composed of analog cameras wired to an analog TV monitor with no recording, then came BETA MAX and VHS/VCR tape recorders with NO long-term recording capabilities. 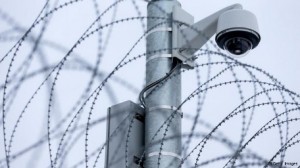 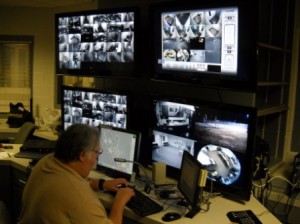 Now in the new world we can record to hard drives that have virtually endless storage space. When there’s a conflict in question, the jail’s security camera recordings never lie. The security cameras allow 24 hour monitoring inside and outside inmate receiving, housing, cafeteria, elevators and every area that needs to be surveyed. Inmates are even going to court and seeing the judge via camera –to- monitor configuration. Visitation is dealt with a 2 way video and audio telephone system, you see the inmate through a screen and speak with a telephone.

House arrest is a different option for adult and juvenile offenders that have been arrested for a crime that qualifies the inmate under state and federal statues to be placed on some sort of monitoring system like an ankle bracelet or visits from certified state or federal officials to check on the inmate on a scheduled basis, questioning relatives, harassing landlord’s, employers and wasting time playing detective.

I truly believe that Security Cameras are the future of offender supervision using new IP camera digital video and audio viewing and recording technology. It takes time, money, resources, approvals and a telephone line to monitor a House Arrest prisoner, using an Ankle bracelet that should be tamper proof, but if a criminal really knows what they’re doing, they can bypass the security by either slipping out of the bracelet or disabling the Bluetooth radio receiver unit. 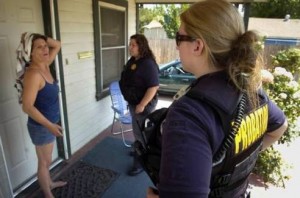 TechPro Security Products can now recommend a new and innovated thinking outside the DVR BOX and offer a cost, time and serious monitoring effective tool to get the job done. Its more than likely people tend to have Internet at their home then a telephone line, so installation of IP Supervision Cameras would be a breeze. Step 1 evaluate house arrest inmates internet status. Once established Step 2 a certified IP camera network specialist would install and configure the IP Cameras for the state or federal official to remote view, access and record to a secured cloud based server.

Adult and juvenile offenders arrested for crimes can have a term imposed on their bond, like not leaving the county or home, so the court elects home detention. Well what better way to monitor a person confined to their home then by using a camera design to supervise the accused person on release or bond. Imagine the peace of mind that the victim and bail bondsmen would have if they implemented IP Cameras mandatory installed in the offenders certified place of residence, or a sex offenders probation officer really knowing if his offender is telling the truth. Real Time Observation and recording is the answer. Safer, Braver and Stronger is the way to go. 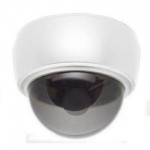 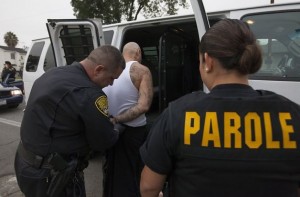 Probation or Parole depending on a the state or federal prosecutors deal or contract, substitutes the inmates time in prison for close probation or parole supervision, but how is the probation officer supposed to supervise all those violators at the same time? TechPro Security IP Technology using IP Cameras to monitor Probation or Parolees is the answer. When offenders checking in is a hassle, you can observe violators under court ordered supervision at any time using TechPro Security PSS software. Is the Probation or Parolee drinking or partying, who’s really living at the supervised inmate’s residents and what friends are really visiting the Probation or Parolee? Offenders are more than likely to not invite BAD acquaintances over if their home is being monitored and recorded by a certified official’s server.

Registered sex offenders classified as court ordered repeat offenders can now be monitored 24 hours a day 7 days a week using IP Security camera technology, all you need is Internet access at the registered sex offender’s home. Security cameras are a big deterrent, if you think someone is always watching you, you will be more than likely not to commit a crime. Probation and parole officers can now demand a pop up check in on demand via real-time IP Cameras at a local location, checking in with a probation or parole officer has never been easier. Security cameras monitoring pedophiles would increase children of all age’s safety.

Analog Cameras have been recording police evidence to tape recorders for years now, with all the new Megapixel technology cameras authorities can really use unedited and unaltered video and audio recordings real-time uploaded to the cloud for evidence. Lawyers and prosecutors have used police captured footage entered for evidence in big cases. The recorded footage helps eliminate any false accusations against the police officers and the detained individuals. Police cameras record events like DUI tests, police chases, speeding, auto accidents and arrests. Police cars now have cameras capable of scanning license plates for expired and suspended licenses. Mobile cameras have been recording streets and location points for Google map for years, mapping our city streets for GPS software. Cameras are even looking out for red light runners and traffic violators. K9 police and military dogs are even getting in on the wireless remote camera view, not excluding the new drone technology, that’s another subject in its self. The future of authorized supervision are IP Cameras. 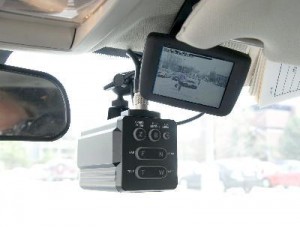 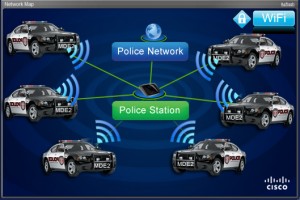 I can see the future of remote security access record and viewing. Imagine a business like a restaurant or bar that has a full security camera system that has been configured for remote access using an external IP address and there is a hold up and the manager hits an alarm or calls 911 and the data sent is accompanied by the external IP address of the business security camera system and the officer in route can pull up the cameras in the police cars laptop. The advantage of seeing the inside of a dangerous situation is priceless! If the criminal flees before authorities get there they still can view recorded footage and track the offenders direction of departure giving the police officer a heads up to track the suspects down. I can’t wait to see what the future holds for Security Camera Technology.

END_OF_DOCUMENT_TOKEN_TO_BE_REPLACED

What is an NVR

END_OF_DOCUMENT_TOKEN_TO_BE_REPLACED

Reduce False Alerts with SCK! CCTV alerting you when it shouldn't can be a huge problem, and Security Camera King is going to explain how to reduce false alerts! First of all a bit about who...

END_OF_DOCUMENT_TOKEN_TO_BE_REPLACED

Best Hard Drive for CCTV Security Camera King is your online source for retail CCTV, and we are often asked "what is the best hard drive for CCTV?" The best way to talk about what the...

END_OF_DOCUMENT_TOKEN_TO_BE_REPLACED

View Security Cameras Online With all of the options available out there, know that with SCK there's no charge to view security cameras online, we'll tell you how! There are a lot of choices you have...