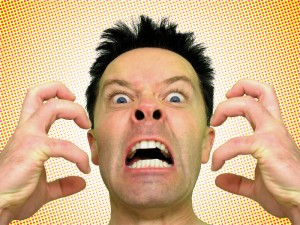 One of the most confusing things anyone can do is attempt to buy cameras with a limited amount of knowledge.  There is so much misleading, conflicting, and flat outright wrong information on the internet and coming from sales persons, that its enough to drive any new buyer absolutely insane!  I’m going to try to help you, the end user, make the very best decision possible with these few tips.  Use them as a checklist, and you should be able to quickly narrow down the right camera for your needs.

You’re going to see, hear, and read all sorts of crazy claims.  Seven million television lines (TVL)!  Super ultra thingy ma doo dad.  Three hundred feet of infrared!  One millionth of a millionth lux gigawatts!  Most of what you read is a specification that is either someone’s opinion or guesstimation or has simply been tested under unrealistically ideal situations.  What’s worse than that?  Some of these “fantastically amazing whiz bangs” might not even apply to you.

TIP 2: TVL only matter up to a certain point.

If you’re purchasing an analogue transmission camera system, you’re going to hear all about the size of the camera’s TVL (TeleVision Lines).  This is an important measurement of sharpness.  However, what most companies or salesmen don’t realize or want you to know is that after four hundred and eighty (480) TVL, the entire number is moot.  That’s right.  You’ve bought the world’s largest left handed smoke shifter.  Every retailer on the planet goes out and brags about huge TVL numbers like they’re horsepower in a Ferrari.  Well unfortunately analogue transmission is the little old lady in a Buick in front of you doing 45 in a 55 zone.   Your Ferrari can do it.  You’re conscious is clear, there’s no harm in speeding up…  But she just won’t get out of the way.  That’s analogue for ya.  Welcome to disappointment.

TIP 3: Figure out what you need.

Look at your camera environment.  I mean really…  Look at it.  Figure out with common sense what is going to work for you.  Figure out the field of view you need.  Why you’re buying cameras in the first place.  What do you NEED it to do.  If you can afford it; What would you like it to do.  These days camera systems integrated with other systems can do all sorts of thing.  I just bought one that walks my dog twice a day.  Ok, I didn’t…  But they’re supposed to be out in a few months.

TIP 4: Talk to people, ask questions you know the answer to.

This practice should yield obvious results.  Having an idea if the guy is pulling the wool over your eyes or not is definitely useful info.  Use the old “how many TVL do I need?”   That always works like a champ to root out a clown.  If they’re knowledgeable and truthful, you’ll hear what you already know.  Then you might be able to have trust in them to answer your other questions as well.

TIP 5: Features are greater than numbers (for the most part).

Resolution is an extremely important number.  This is the size of your image.  Bigger images mean better detail (like looking at a wallet size and letter size version of the same picture side by side).  Other than resolution you should really be finding out about the guts.  Ask the QUALIFIED salesperson about their interior components.  If they are top notch, SOMEONE will know whats in there.  There is a lot of garbage on the market, and those systems are the ones that no one has a clue what’s inside.  If a company is spending money on quality components, they will know about it.  Also ask “What makes this camera different from others”.  If they simply say “well it just looks better”, don’t buy it.  Higher end/higher quality cameras are loaded with features and enhancements that improve quality, counter light issues, and give excellent characteristics to the final recorded image.

Again, this is a common sense process.  If an article, ad, or salesperson are rattling off about something that sounds cool, but you’ll never use; you probably don’t need it.   Huge hard drives, remote access, and other features could be this way.  Its easy to over buy on security.  Just simply ask yourself each time you hear about a feature: “Will I use that”?

TIP 7: Demos.  This should really be a no brainer.

Ask a company for their footage.  Live demos can be deceiving because factors that aren’t in play on your own installation are effecting the quality.  By asking for the recorded footage, you are getting a real life example of what to expect if you’re broken into or otherwise need your footage.  Recordings are what the security camera world go around.  Think about it.  You’re not going to hand the police a live video stream.

Warranties of over a year say a LOT.  One year warranties are everywhere, so we’ll call them “average durability”.  When a company goes as far as extending beyond that, it means they KNOW the quality is above average, and they are willing to put the money where their mouth is.  Buying products with above average warranty is always a good sign.

If you have a problem, who are you going to call?  Try it out.  If you’re on hold for an hour, guess what?  That’s right…  you’ve entered the black hole of information.  Thousands of people like you are sucked in and no one gets out alive.  Ask about support and service.  Find out who is going to take care of you if you have a problem.  most companies have little or no support for the products they sell.

TIP 10: Find out where the goods are.

The newest trend is to sell inventory that doesn’t exist.  Some of it isn’t even in the country.  Its being shipped from some other company, in China, Mexico, or elsewhere.  This doesn’t bode well for warranty issues.

Good companies are the ones that have been around awhile usually.   John’s start up might be a good company, or maybe not.  Plus start up companies have a harder time capitalizing their business often.  Choosing an established source for your security equipment often means you’re buying from an organization that hold a much better chance of being able to combat Murphys law and will also have a more likely chance of being around in a few years.

Just pay attention.  If something seems like it is nonsense, it probably is.  This is not rocket science.  The security camera industry is over 50 years old now.  There are no sudden revelations that are being handed down.  Yes, revisions.  But they are hardly Earth shattering.  Simply pay attention and think.  Most of your needs should be easy to determine a solution to.  Find a company and sales person you like and isn’t trying to sell you swamp land on the moon, ask them many questions, and let them make your eventual purchase much easier.

Today’s security market is going crazy! People are scrambling to protect themselves, their families, possessions, businesses, etc. The economy has created a whole new wave of crime and out of control is only the start of the description of what’s going wrong. This craze has in turn created a new type, style, and breed of consumer. Oblivious, and its not their fault. Most retailers confuse the average guy or girl so badly that “up” isn’t even a direction anymore. Well, I’m going to sort all of that out for you. By the time you’ve gotten through this brief read, you’ll be armed to the teeth with information that your average reseller isn’t even going to have. Let’s get into it!