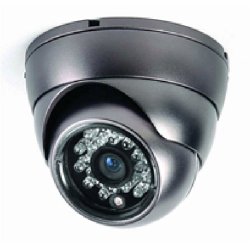 Covert is concealing your actions from others. Covert operations are conducted in secret, usually in conjunction with intelligence gathering. When using covert security cameras you want to do it secretly. The types of cameras available for covert use are as varied as the reasons people use them. Generally, hidden cameras are used to catch someone in the act of doing something. As a rule, once caught in the act by a hidden camera the individual is then exposed. Usually the motive for recoding someone in secret is to stop him or her from committing future acts.

The act committed can be criminal in nature, or merely a neighbor’s dog destroying your flowerbed. Characteristically, security cameras are installed as a deterrent. Businesses and homeowners want to prevent something from happening by showing criminals their actions will not go unnoticed. However, there are times when secretly recording someone is desired. To accomplish this successfully, the right equipment must be paired up with the task.

Covert Surveillance Is In Many Cases the Only Way to Verify Certain Acts Are Being Committed Such As:

Covert security cameras not only validate your suspicions about someone they can prevent a financial crisis, as well. Insurance rates are high for young drivers and allowing passengers in the car while they are driving can put you, the parent in financial jeopardy. Having an accident where the passenger is injured in many cases, ends up being the parent’s financial responsibility. Secretly recording how your teenagers drive may feel awkward to some parents. Keeping them safe and ensuring they develop the right driving habits will outweigh any awkwardness you may feel.

No one wants to spy on his or her children but suspected drug use must be proven one way or the other. If proven true, then proper treatment can be sought. The same holds true with alcohol abuse. Parents when they go away and leave their teenagers alone for a few hours or even a few days may want to check in without seeming like overly protective parents. The way to do so is by using covert cameras. You can monitor the activity in real time, or review the recorded images once you have arrived back home. Having information is the best way to prevent future problems that can escalate into serious situations.

You may suspect certain activities are going on, but you cannot prove it. You do not want to involve law enforcement, or not yet anyway. You may suspect someone in the neighborhood is vandalizing your property, or you suspect a spouse or partner of infidelity. You want to record their activities to stop it from happening again or to gather evidence to present to the courts. The only recourse many times is by using covert security cameras. The cameras can be concealed as virtually any object and placed anywhere inside or outside of the home.

The cameras if they are used for covert surveillance of your property can be hardwired or wireless closed circuit television or CCTV systems. The cameras can be concealed as common household fixtures to prevent neighbors and friends from suspecting. This type of system is ideal for monitoring neighbors, friends and guests. As homeowners, you may have people in your home when you are not there such as pest control technicians or construction workers and so forth. You may suspect someone is stealing medications, jewelry or friends and neighbors are simply a bit too curious when they visit. You want to know what is happening when your back is turned.

To choose the right system first determine what it is you want to accomplish. Do you want to check in on the babysitter from work? Are you trying to catch a spouse or partner suspected of infidelity? When you are conducting covert surveillance on members of your household the cameras practically speaking, would not be hardwired and possibly not even wireless. Many covert security cameras are stand-alone systems and have battery packs for power. This means they have the ability to capture and record images without a receiver or any additional recording devices such as a digital video recorder or DVR. The cameras can have night vision technology, pan tilt and zoom as well as, motion activation.

A camera can be hidden in a book, clock, ball cap, eyeglasses, stuffed animals, mirror or picture and frame. The camera will have a battery pack so no suspicious wires are hanging out from behind the mirror. Obviously, any new items found in a bedroom or any part of the home, for that matter, may draw suspicion, or someone may simply want to inspect the new item. People that have secrets tend to be more vigilant.

Spouses that commit adultery or other acts they want to keep concealed such as drug use may not commit the act at home. Therefore, having the right covert camera will allow you to ride along with the spouse on their way to the rendezvous. A ball cap tossed in the back window or a loose pair of sunglasses will not usually draw much attention. The camera concealed inside however, will record the trip and possibly identify the destination, passengers, and record your partner or spouse entering a home or hotel.

Small cameras will have small battery packs, so it is important to have a covert camera that is motion activated. Cameras that simply turn on and begin recording may very well run the battery down before any significant images are captured. Cameras should be placed in such a manner that when someone enters the bedroom, office, vehicle or even a tool shed the camera only begins recording when it detects motion.

They are several varieties of covert cameras that are concealed as articles of clothing, for example, a necktie camera. The camera is concealed in the tie and has a miniature receiver that is easily hidden in a pocket. Simply wear the necktie, conceal the receiver in the jacket or pants pocket and power it up. It will record all images to the receiver. The jacket and tie can then be draped over a chair or hung on a coat rack to record while you are out of the room.

Businesses can purchase fake sprinkler heads that are really cameras. Not many people will question a sprinkler head installed in the ceiling of an office. The cameras can be used to record employee theft, illicit affairs and non-productive workers. The vast majority of businesses have security cameras however, employees with ill intent have figured out a way around the cameras. Using covert security cameras allows the employer to see what their employees are really up too when they think they are out of the camera’s view.

Homeowners have every right to protect their property with security cameras, whether they are covert or openly displayed. However, having hidden cameras installed on the exterior of the home may lead to inadvertently recording the neighbors. The neighbors might not become aware unless the recordings are used in any civil or criminal proceedings. However, litigation is not something you want to go through to try to prove the recordings were unintentional. There is a solution though. Several camera models have what is called privacy masking. The cameras have a programmable pan tilt and zoom. You can set the privacy feature if you suspect that while panning, the camera may be capturing images of your neighbors through their windows or even outside of their homes. The feature simply masks any views that you designate. You view the camera images in real time and program out any view you think may violate anyone’s privacy.

Homeowners may want covert security cameras installed to monitor suspicious activity in the neighborhood. Cameras can be positioned virtually anywhere on the property. The ideal camera would be wireless, have night vision, motion activation and pan, tilt and zoom. The cameras can be hidden in hedges, flowerpots, trees, or be disguised as lawn figures. To prevent anyone from becoming suspicious, if you use a power adapter ensure it is properly concealed, as well.

Many high quality cameras can record a quality image as far out as 200 feet. This allows you more flexibility in camera placement. The camera would not have to be positioned close to the sidewalk or street to monitor the neighborhood. For this type of surveillance, you would continually record activities for designated periods or 24 hours a day. This would require a DVR with a large storage capacity. Unless the images are needed for evidence, they can be erased periodically to free up more space. The camera would require pan, tilt and zoom along with night vision technology. Fixed cameras do not provide the same coverage as a camera capable of panning. Fixed cameras can be used though, to cover a confined space or specific doorway, hallway or alleyway.

Homeowners may want to monitor and screen visitors as they arrive at security gates or even the front entrance. However, the owners may not want anyone to be aware they are being viewed. Some people may fear they would be called paranoid or even a snoop if it were known they had cameras everywhere. For these reasons and others, people choose to conceal the fact they have cameras.

The cameras can be concealed inside brick pillars on either side of the entrance, flowerpots, fake rocks and even figurines that may set atop the brick pillars. Typically, the cameras would be wireless and transmit their signal to a receiver and or monitor. The owners can control all options from the receiver using a control board or have it adapted so a computer can control the options and record images. All images can be viewed in real time so you can track anyone approaching the gates or the front entrance.

Even though covert security cameras can be used for virtually any monitoring task, their main function is to catch someone in the act. Law enforcement, private investigators and private citizens use them to capture images of people who are unaware. Citizens use them to secretly spy on lovers and business rivals. Law enforcement uses them in hopes of gathering evidence or preventing a crime. Investigators use hidden cameras to determine the validity of liability lawsuits. Corporations large and small spend a tremendous amount of time and resources defending against liability lawsuits. What many used to call slip and fall claims. Investigators will follow and secretly record people who claim to have serious injuries. Injuries, they claim are the corporation’s fault.

Private investigators are not as limited by search and seizure laws as are police officers. Generally, as long as the investigator did not trespass or violate someone’s privacy to obtain the evidence, it can be used in a civil trial. Investigators have found many creative ways to use covert security cameras to document the activities of plaintiffs in a civil lawsuit.

Covert surveillance equipment serves an important role in security. Although a traditional security camera system is the basis of achieving the peace of mind security provides, these systems aren’t always enough or appropriate. There...

END_OF_DOCUMENT_TOKEN_TO_BE_REPLACED

Is Your Family Vacation Being Recorded?

END_OF_DOCUMENT_TOKEN_TO_BE_REPLACED

Introduction to Covert Security Cameras: Covert security cameras are small security cameras made for hiding in unusual places in order to eliminate detection. Their uses are for a variety of purposes and they are one...