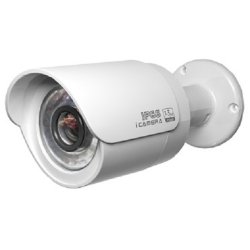 In recent years, the question of home and business-related security has gotten much more serious. More and more individuals are beginning to place full surveillance systems in their homes, and it is rare to find a business owner who does not have some sort of camera system in and around his business and his property.

However, although security cameras are getting much more popular, many people still do not understand them. A lot of people make the mistake of purchasing the first surveillance camera kit that they find at a local retail store, but they are really missing out on a lot of features and components that can help them to monitor their home or business even more effectively.

If you are in the market for a surveillance camera system for your home or business or if you feel that your existing security camera system is not sufficient for providing the level of security that you feel you need, you should learn more about networked security cameras and their systems. Many people who have older surveillance systems quickly realize that they could benefit greatly from having a networked security camera that streams surveillance footage straight to their personal computer. Networked surveillance systems are increasing in popularity among both business owners and home owners, and anyone who is interested in security should learn more about them before settling for another type of security system.

What Are Networked Security Cameras?

How Do Networked Security Cameras Work?

In plain English, a networked security camera is simply a type of computer that captures pictures in rapid succession. The camera itself is very high-tech, and it has a lot more features than your average surveillance camera. For example, it contains its own CPU, memory, Ethernet connection chip and both input and output interfaces. In fact, a networked security camera is basically its own part of the network and does not depend on wires and external computers in order for it to work.

First of all, your IP camera will capture photos. Next, it converts the picture to a digital image itself and then send the footage via Ethernet to the computer that it is networked with. Once the footage has been sent to the computer, the user of the computer can then watch the surveillance footage and fast forward, rewind, pause and otherwise take in the footage however he wants to.

What Are The Benefits of Networked Security Cameras? 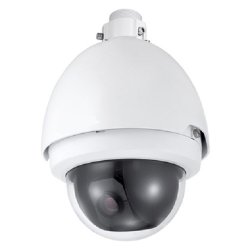 You can also capture better footage due to the way that networked security cameras are made. Because these cameras do not come with long and bulky wires, it is easier to arrange your camera at an angle that will capture better footage. These cameras are also more inexpensive to run and maintain, and you do not have to worry about going through the trouble of installing a complicated system yourself or paying someone else to do it for you.

For instance, networked security cameras often include built-in motion sensors, which can be useful in a number of ways. They also often include integrated audio to allow you to hear everything that is going on around your camera, and the audio is even streamed directly to your computer. They even offer infrared detectors that allow your camera to provide crystal-clear footage in low-light situations and in even in the dark of night while still providing you with a brilliant picture quality during the day.

Depending on the camera that you purchase, you can also opt for a few other options as well. For instance, you can put a lock on your camera that will only turn on and operate for certain individuals, and you can set an alarm on it as well. In fact, you can sometimes directly control the pan/tilt/zoom capabilities of your camera directly from your computer, giving you the ultimate control over your surveillance footage.

First of all, network security cameras are better than analog cameras because they do not require as much equipment or as many messy wires. Analog cameras must be hooked up directly to a system in order to function properly; this means that you have to go through the trouble of running lots of wires through walls and under the flooring in order to give the room a neat and tidy appearance. This is not a problem with network security cameras, however; instead, you just set them up and leave them alone without having to worry about a lot of installation issues.

Network security cameras are also safer from vandals and thieves as well. A lot of important security footage has been lost in the past due to crafty thieves who knew to cut the wires that led up to the security cameras. This is not an issue with network security cameras, however. As long as they are placed up high where a vandal or robber cannot get to them, they are safe from these issues and can continue to capture your surveillance footage. Not only will this prevent you from losing valuable footage or having to replace expensive equipment after wires have been cut, but it might cut down on crime in a much bigger way: If a criminal sees that there is a camera in the area that he is unable to move, he might decide to go elsewhere to commit his crimes.

You can also benefit from the versatility of network cameras. Instead of having to go through a lot of trouble installing them, you can simply place them anywhere that you would like to begin capturing surveillance footage. Setup is a snap, and you can watch the surveillance footage from anywhere in the world once you have networked your camera to your computer.

Should I Replace My Analog Surveillance Cameras?

Taking these steps will allow you to enjoy the technology of having a networked security camera for a while, and it is a great idea if you are on a budget and do not want to replace your existing security cameras. However, you should think about replacing them when you can. Although taking the above steps will allow you to watch your surveillance footage through a network, it is important to remember that your footage will not be of as high of a quality as it should be if you take those steps. It is certainly better to use this technology than to stick with your old method of surveillance, but you will be surprised by the change in technology if you switch to networked security cameras. If you want to, you can purchase one networked security camera at a time until you are able to replace your entire system.

Who Should Use Network Security Cameras? 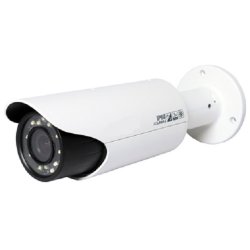 Network security cameras are most commonly used in business-related situations. Business owners often have a lot to lose, and it is important that they have plenty of surveillance in order to keep an eye on both their employees and their customers. Network security cameras allow these business owners to watch what is going on in and around their business while they are at home relaxing or if they are across the country or the world on business. Since many business owners worry about leaving their company unattended, this type of surveillance can be a real life saver for these individuals.

If you have any questions or looking for further information, please do not hesitate to contact us. It is our pleasure to help you.