Everyone dreams about some kind of invention that they know will make a difference in the world. Back in 1933 a chicken keeper accomplished that. At first his invention was not taken serious but now we see him as the first amateur photographer that invented the security camera. His name was Mr. Norbury, from London England, and he had set up a security camera system using a small box camera wired through iron pipes and booby-trapped a door where he kept his chickens. When someone tried stealing his eggs he would trip a lever balanced by sand bags to pull the trigger, taking a snap shot picture of the thief. Mr. Norbury was successful in catching his plumber and using the picture as evidence. When the judge asked Mr. Norbury who took the picture, he said, “well your honor, the thief did.” 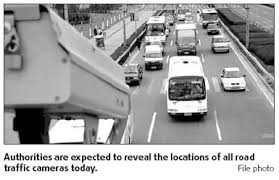 Security cameras have come a VERY long way since then and now we use them in our everyday lives from the government to the regular mother and father wanting to keep an eye on their house keeper or nanny. You can find cameras practically on every corner from traffic lights to schools and I personal love the aspect that my children can have some piece of mind when attending school. The operation, design, shape and color vary for these image capturing boxes. You can install dome, bullet, vandal proof and pan-tilt-zoom camera that have great features like auto tracking.

One of my favorite new security cameras is the Panoramic security camera it gives you a full human perspective when viewing the live video stream, the experience is like actually being there in person. This new type of technology uses multiple cameras, usually 4 high-resolution cameras side by side in one housing apparatus using all the cameras video inputs and converting them into one panoramic stream. Then the camera encodes and delivers to any viewing device providing a 200 degree view. This is great when wanting to capture a large area using only 1 camera install installation. These cameras have the capability to be viewed from anywhere in the world and on most mobile devices using the manufacture’s app. 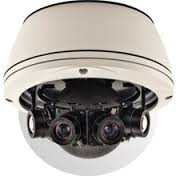 Another one of my new favorites is the IPPTZ auto tracker. This security camera can pan left, right, up, down, zoom and focus at the control of the user. The feature that I love is the auto tracker, as it has the ability to track and follow a target when detected. When connected to the web service utility you can configure settings like zones, tripwire and alarms so when an object crosses the configured zone, alarms can go off and it will auto track that object until it’s out of view. Officials all around the world use this technology along with face recognition to track and capture known fugitives. 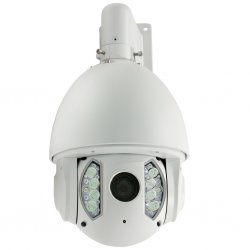 What about the recorder?

VHS (Video Home System) format for the VCR (Video Cassette Recorder) that a Japanese company invented in the 1970’s. JVC was in financial ruin but Takano and Shiraishi continued to work on the project in secrecy within the video division. By 1973, the two engineers successfully produced a functional prototype 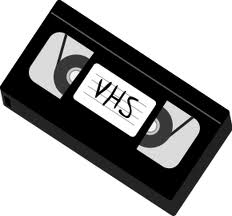 In the past there was no way to record live CCTV footage, but then came the VCR  allowing multiple events to be recorded to an analog VHS tape. Time and space was very limited to these recording devices.

Now we have DVRs and NVRs (Digital Video and Network Video Recorders) capturing and writing video data to hard drives, increasing the time and space you can save. Now companies are inventing new integrated units like the hybrid and tribrid combining analog, IP, and CVI Technology.

Imagine, when you’re building your own custom computer or gaming system you start with the case, well it would be awesome if there was a company that sold custom-built DVR/NVR cases, motherboards, memory, hard drives, power supplies, BIG fans and all the cool accessories that can be added to give style and personality to these units. One of my pet peeves when building a custom computer is to always have proper cooling and ventilation, fast hard drives, powerful power supplies, video card, cables and so on… You never know what the future holds!!! 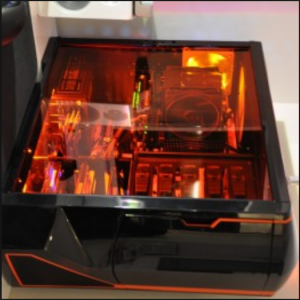 Cabling, cables and connectors have also come a long way. Transmission of data/signals over cable started with AT&T using copper wire strung along telephone poles. Telephone signals traveled down these lines as analog electrical waves to form voices and each call required 2 wires to form a complete circuit. 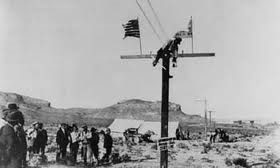 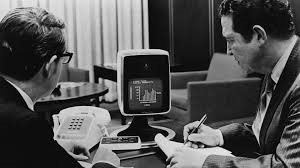 Broadband began when the demand for more television broadcast signals skyrocketed and now the coaxial is born being the first broadband medium. AT&T installed its first coaxial cable between New York and Philadelphia on 1936. One of the first security camera systems used coaxial for the transmission of video data to a monitor. Here at Security Camera King we have RG59 Siamese cable with high-grade copper shielding for high-speed transmission. Attached to the cable is a pair of power wires making installs a breeze with maximum video signal run length is about 750 feet. Microwave radio relay is coaxial and microwave radio relay working in tandem. It is a broadband system by which telephone and television travel via radio along a series of towers. 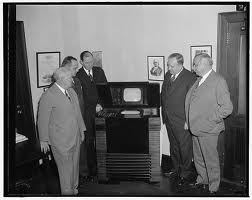 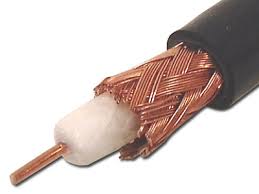 Fiber optics systems, The New Cable on the block is a technology that uses rapid pulses of light traveling on fibers made of ultra pure glass. This digital medium is one of the best and fastest way of transmission by far, able to send data over miles of cabling with ultimately no interference. 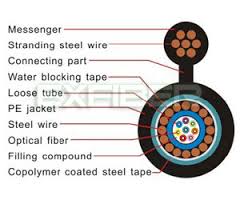 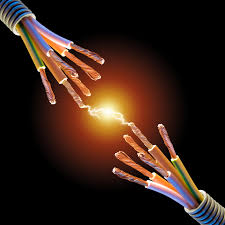 Cat5/6 cabling has been around for a bit, connecting networks and computers together for businesses and residences. Now security camera systems can be configured using IP camera technology. 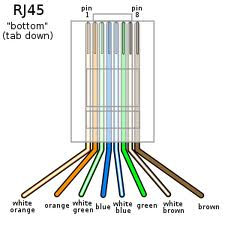 This type of configuration is ideal when wanting to have high-resolution megapixel quality to really catch the identity of a perpetrator. Category 5 and 6 cable max run is around 300 feet. When the network configuration is configured correctly these systems perform flawlessly. The ability to log into each camera’s interface and make detailed adjustments is priceless.

POE is another new feature I love about the Ethernet hookup. The Installer’s Dream, Power over Ethernet- one cable carrying both data and power to the IP cameras, no need to power the camera locally.

While on the subject of new technology try checking out HD-CVI, this configuration uses RG59 coaxial cables to transmit HD quality high-resolution feed to the HD-CVI DVR, recording awesome events to your hard drive for better recognition. The great thing about HD-CVI is that the max run length of the Video cable is 1600 feet, WOW!

For more info on HD-CVI click on the picture above

In conclusion the evolution of security camera systems has come a long way; I sleep very comfortable knowing that my Security Camera King System is keeping an eye on my family, business and home.

CCTV for Business Security Camera king is your online source  for CCTV for Business of larger and small size, with a variety of options to help your security goals. CCTV is a closed-circuit television system,...

END_OF_DOCUMENT_TOKEN_TO_BE_REPLACED

Benefits of CCTV Security Camera King is here to talk to you about the Benefits of CCTV at work and at home! There are lots of ways to use CCTV and different types of systems...