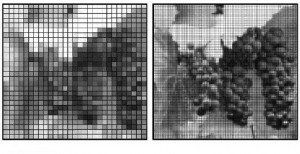 One of the most important specifications to consider when making your decision to purchase a security camera system is the camera resolution. If you don’t have the right camera resolution, you may end up allowing the person who committed the crime to be able to walk away due to the lack of picture quality. On the other hand, if you have exceptional quality in your new security system, you may end up being able to apprehend the criminal and get justice.

The size, fineness, or picture quality and video quality are all determined by the security cameras lines of resolution. Television lines are typically used to reference this figure and provide the type of analog video quality. In terms of digital resolution, they are usually referred to as pixels. If you take a look at both of the aspects, you will see how the lines of resolution are able to be related to picture quality in a security camera.

In order to begin, there are multiple video formats that are used based on the geographical area that you are located. National Television System Committee (NTSC) is used mainly in North America, South America, Taiwan, Japan and many other locations as well. Phase Alternating Line (PAL) can generally be found in Africa, Asia, Australia, New Zealand and almost all of Europe. In Africa and the Russian Federation you will find Sequential Couleur a Memoire (SECAM). The English version of SECAM is Sequential Color with Memory. The main focus of this article is going to revolve around the NTSC format.

How are Security Camera Videos Displayed?

Security camera videos are generally displayed in a three by four ratio. You can think of this in terms of a rectangle, such as it is three units wide by four units in height. The resolution horizontally is equal to the amount of vertical lines that are measured. You are actually measuring the amount of detail that is visible when you are able to see ¾ of the width of the picture, or 75 percent. The amount of vertical lines that are being used by the Television Lines is three units. For example, if you have a television picture that is three inches wide by four inches high with a Television Lines rating of 480, you are actually going to have 480 vertical lines within that three inch width.

How does the Resolution of Different Security Cameras Vary?

There are a wide range of security cameras that have different specifications based on the various types of manufacturers. It is also based upon the price and the different uses of the security camera. As a general rule, the typical CCTV camera is going to have a resolution of approximately 380 Television Lines for a standard camera. On the other hand, if you have a high-resolution camera then you will find a CCTV with a resolution of around 540 Television Lines.

The actual quality of a security camera can be measured by the Television Lines resolution. This is completely different number than the actual horizontal number of scanning lines for broadcast TV systems.

Analog videos are given different lines of resolution that apply to them. When you look at the different digital video resolutions you will notice the difference. You will find that the digital video is still being displayed in the typical three by four ratios. The total resolution is still measure in pixels, which are small points, dots or squares. Digital cameras are going to have a sensor just like the regular analog cameras. This sensor is called a Charged Coupled Device (CCD), which allows you to capture the picture within a digital format. The resolution for a digital picture is commonly referred to In terms of pixels, such as 352 x 480. Some of the most common resolutions for your digital security camera include: 704 x 480, 352 x 480 and 352 x 240.

You have to remember to keep the resolution of the camera display separate from the amount of pixels within the CCD. There are literally millions of light sensing cells within the CCD sensor. The pixel count is determined by the amount of pixels that are produced by the sensor. As an example, if a camera is capable of producing an image that is 640 x 480, it would contain approximately 307,200 pixels. A lot of people assume that a CCD rating in megapixels is the camera resolution, but this is a false misconception. However, what it does indicate is the amount of potential resolution that the camera has available to produce when combined with other high-quality equipment. Some of the typical types of high-quality equipment are monitors, processors, and others.

When you put everything into perspective, you can see the comparison between analog Television Lines and the digital resolution. The picture quality is going to keep increasing along with the number of lines increasing.

Determining the Picture Quality of a Security Camera

Your whole system is only as strong, or as weak, as we choose to make it. If you have equipment that is various resolutions, you have to remember that the main things you have to be concerned with are the higher and lower screen resolutions. If you have a monitor that has a resolution of 500 lines, a security camera that is 420 lines of resolution and a recorder that has a resolution of 250 lines, you are going to get a picture that will top out at the 250 lines. While you may be able to look into the monitor and see an exceptional picture, you are only going to get as good of a recording as your equipment allows. When you choose to determine what type of resolution you are going to get, make sure that you try to choose equipment that is going to complement each other. You have to take the time to consider everything that you are going to be using in order to make sure that you choose accordingly.

How Important is the Resolution of a Security Camera?

Resolution is extremely important when you are trying to determine what your recording is going to look like. You are not going to have to worry about what your picture quality is going to look like when you take the time to go through every piece of equipment that you are going to buy. If you make sure that everything is going to go along with each other, you will save yourself a lot of hassles and headaches in the long run. You won’t have to worry about the what-ifs if you take the time to debate everything before you make your purchase. It is better to take a little extra time beforehand and decide which resolution is going to be perfect for your wants and needs. This will help you to eliminate any frustration later on when you are trying to figure out what makes the difference in the resolution.

There is a lot more to screen resolution than just a number, and the more that you can understand everything the better it is going to be in the end. Even though it may be confusing for a lot of people, there are experts who can help to guide you in your purchase. They will help make sure that you are not going to have to deal with a bunch of equipment that is not going to work together in the manner that you had once intended. Go through everything as much as you can and decide just how much detail you are going to need for your home or business. Enjoy everything that your security camera lines of resolution can bring to the table for years to come.

END_OF_DOCUMENT_TOKEN_TO_BE_REPLACED

Advanced Camera Features with SCK Security Camera King's CCTV equipment has some of the most advanced cameras features available! Read on to learn more about what they can do! CCTV or closed-circuit television is an extremely...

END_OF_DOCUMENT_TOKEN_TO_BE_REPLACED

what is a security system