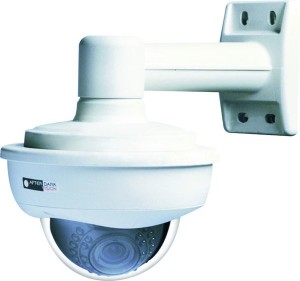 Resolution is one of the most confusing topics in the world of CCTV. The majority of people have a digital camera or a video camcorder. Almost everyone has probably heard the term megapixel as the common type of resolution comparison between the various makes and models. The larger the number is the better the picture quality is going to be, but a lot of people do not understand why that is exactly. Most of the cameras are still run on analog and the resolution is actually measured different than what everyone is used to, in the world of CCTV security cameras. Even though this is slowly changing, there is still going to be that need for people to understand what exactly the terms and technologies mean.

Television lines are actually a specification of an analog camera or monitor in terms of horizontal resolution power. It has also been referred to as the lines of resolution, but it is one of the most important measures of resolution within a video system. Television lines are also going to make a slight variation on the horizontal angel of the display produced from a video camera. Depending on the size of the camera lens, you may have a higher amount of television lines, thus creating a smaller or narrower coverage angle, but in the end a better quality of picture.

Television lines can be defined as the maximum amount of light and dark lines that are alternating so that there is a resolved picture height. Think of it in terms of this way, if you have a resolution of 500 television lines, you are going to have 250 distinct white lines and 250 distinct dark lines which can be counted over a span of a horizontal picture equal to the picture’s height. If you have a monitor that is 4 x 3 with 500 television lines, then 250 of those vertical lines will be counted over the 3 inch width on your monitor. You are going to use the height for this determination instead of the width.

Television lines are the quality that a camera or monitor can produce and should not be confused with any of the horizontal scanning lines in broadcast television systems. If you think in terms of PAL systems, they are 625 lines. However, for the NTSC systems they are only 525 lines. Television lines are going to make a variation on the angle of display you are going to get from a video camera. The larger the amount of television lines is will depend largely in part to the size of the lens. When you have a smaller angle of coverage, you can expect an overall better picture quality.

If you look at a television in terms of analog resolution, there are not a defined number of pixels. The discernable amount of horizontal and vertical lines that are on the screen is referred to as television lines. An analog security camera is going to measured in analog television lines with most of them being between 420 and 580, but there are a couple of brands that make claims that their products can produce 630 or more television lines. You are going to capture a higher amount of information, if you have a higher number of television lines. This will also give you higher resolution and a greater amount of detail within the picture. You can connect this particular type of camera to a security Digital Video Recorder or CCTV VCR through the use of a video cable. Once everything is connected, you will be able to record the signal and view it a later time or you could transfer it over the Internet.

The smallest element in a digital image is the pixel. Everyone at some point in time has probably zoomed to close to and image on a website and watched it go from being clear to becoming a bunch of multi-colored little squares. Each one of those little squares is referred to as a pixel. You can have different types of resolutions within graphics and images, just like with a camera or monitor. Artists have been known to create and produce work that is at a higher resolution than what monitors are able to handle, which allows you to be able to zoom in on the image without having to worry about distortion. Most of the common computer monitors are 1024 x 768 or 1280 x 1024 pixels. A digital camera generally has a resolution of between five and eight megapixels. The majority of security cameras are going to give you a resolution of between two and three megapixels. A megapixel is the equivalent of one million pixels. It is the specific measurement for the amount of digital resolution that is encompassing the area of the output video, or the height by the width.

IP cameras are the most commonly used type of digital security cameras. Just like your digital camera that you have at home, this type of camera uses strictly a digital resolution. They can act as a standalone device or they can connect to a network-based Digital Video Recorder (DVR) or Network Video Recorder (NVR), through the use of a network connection. The majority of IP cameras have a set resolution, but that is now approaching and sometimes exceeding one megapixel resolution, for the most part. A lot of these cameras are also able to support Power Over Ethernet (POE), thus allowing them to obtain power from your Ethernet cable that you use for network connections. They are also able to support Pan Tilt Zoon (PTZ), which allows them the ability to remotely control the pan, tilt, and zoom features if necessary.

Once a compression solution uses CIF resolution, it will typically use all of the other fields and then discard the others. CIF resolution ends up throwing away about half of the video information it receives from the camera. Since our eyes are only good at averaging things, we may not even notice the differences. The vertical resolution is essentially cut in half, which makes the final video less smooth and somewhat jerky in appearance.

A lot more of the industry installers are moving into the network-based CCTV equipment since it offers the flexibility and expansion capabilities that many people are looking for. The old and out-dated analog systems are quickly being replaced by the remotely-viewable security camera infrastructures of today and soon they will become the preferred solution across the industry.

There are specific resolutions that are captured and measured in television lines within our cameras, but digital and IP encoders are going to measure in terms of CIF. You need to understand the relationships between camera television lines and the horizontal resolution that is used for digital systems to make sure that you are getting the most out of your new camera. You don’t want to get to the point where you are storing excess data that is just repeating itself because you think your final image is going to look better. Quality is also determined by the number of scan lines in the vertical direction, but because of the human eye it is going to be far less important than what the horizontal resolution is going to be.

A lot of people will think they are getting one thing, but in the end they are getting something completely different. Let one of our knowledgeable sales staff help you to make an informed decision, so that way you know exactly what you are getting and you are not getting anything less than what you need. It won’t do you any good if you end up purchasing something that is not going to be able to do the job that you need it to do, so it is better to seek an informed decision and make sure that you are getting exactly what you need. When you think about how many television lines you are going to need it can become very confusing to try to understand it all, but now it doesn’t have to be because we are here to help you in any way possible.