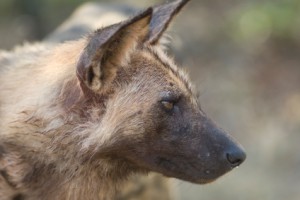 Security of persons and property has been a concern for the human race since first they enjoyed persons and property worth securing. Throughout millenia an amazing array of measures have been employed for security purposes, ranging from the ubiquitous use of animals to some truly bizarre devices. Human beings will go to great lengths and employ every means at their disposal to provide for the ongoing safety and security of their valuables and loved ones, and some of these methods have proved both effective and strange.

Human beings have always been accompanied by companion animals for a great many reasons. From their usefulness and effectiveness in managing and protecting livestock and property, to working as guides or serving as an early-warning system for communities and properties, animal companions have been a part of human civilization for as long as civilization has existed, and likely accompanied ancestral human beings long before the advent of civilizations and societies. Indeed, at their earliest, humans tolerated the existence of pariah animals on the outskirts of their camps, canines and others which fed upon the scraps and leavings of early humans on the move.

Over time, these pariah animals were recognized for the sensory and other abilities that they possessed which far out-stripped those of the ancestral humans. The earliest evidence of semi-domesticated pariah animals being accepted as a part of ancient human life is to be found in some ancient burial sites, sites in which human remains were buried with foxes. The sly fox, with its quickness, viciousness and heightened senses likely served as rodent control, threat detection and even to safeguard agricultural areas against animal and human intruders alike. Although these ancient foxes likely served their purposes well in early human tribal and extended family groups, limits upon their domestication led to their eventual disuse over time. They were supplanted by the most consistent and faithful of companions, the canine, or dog.

Early companion dogs likely seemed barely domesticated by contemporary standards, and were probably prized for their viciousness, tenacity and incredible senses as guardians of property and livestock. Dogs were even used in armed conflicts between early human groups in disputes over resources, and were amazingly efficient aides in hunting and tracking game and threats to the ancestral humans. For literally hundreds of thousands of years, dogs have served as humanity’s most faithful of companions, providing safety and security to untold billions throughout the course of human history.

Today, canines enjoy a continued role in providing for security, and are not considered terribly unusual around the world. Other guardian animals, though, have been employed in these roles, and many will seem unusual to individuals. Sometimes this is simply due to a geographic or cultural unfamiliarity, and sometimes, the animals used for security purposes are indeed somewhat bizarre.

On farms and agricultural holdings around the world, some unusual animals provide security and safety to livestock and property. Donkeys are prized for their tenacious devotion to herds of other animals with whom they form intense and lasting protection bonds. Sheep, goats, cattle, pigs, poultry and other herd animals enjoy the security provided by the powerful hooves and bites that the humble donkey will deliver to any vicious predator or intruder intent upon harming his or her flock. Similarly, in South America, the llama fulfills a similar role, guarding livestock against vicious predators, most of whom look upon semi-domesticated herd animals as an easy meal. For hundreds of thousands of years, vicious predators intent upon gobbling up helpless livestock have met their end at the feet of that most curious of guardian animals, the killer llama. 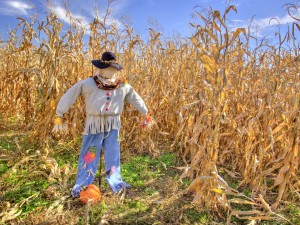 Moving away from guardian and companion animals, human beings have employed a dizzying array of technologies and devices for security purposes over the course of their long history. The scarecrow has been once such innovation. Early farmers noticed that birds descended upon fields of crops wrecked destruction, and could lead to famine and death with their rapacious appetites for fruits, vegetables and grains essential the survival of subsistence-based agricultural communities. Yet, these avian competitors feared the early human farmers, and tended to raid crops only when the farmers and their companion animals were not present. By building mock-humans, propping them upon on poles and fence posts, early human farmers were able to fool birds in to believing that vigilant humans were on guard, 24 hours a day, thus protecting essential food supplies and helping to insure the survival of settled human groups.

Today, the scarecrow has morphed, and many businesses utilize similar innovations to present the illusion of armed security personnel operating onsite at all hours of the day and night. Many self-storage facilities place cardboard fascimiles of security guards and night watchmen in conspicuous locations, which at a glance can appear quite life-like, and lead potential thieves and criminals to seek out easier pickings elsewhere. Security businesses producing and selling these cardboard scarecrows do a brisk business providing what is essentially a security tool millions of years old.

Technological advances have led to some very strange security measures in the past century, ranging from the increased use of guardian animals to purely technological solutions to securing properties and persons. In recent news, the Ukrainian armed forces was notable for training, and subsequently losing track of, trained guard dolphins. These incredibly intelligent marine mammals have been trained to guard ships and marine assets, and to attack and kill intruders viciously. Without considerable advances in the human understanding of animal behavior and how to modify behavior to suit security needs, such a strange advent as the modern attack dolphin would be relegated to fantasy and make-believe. Today, dolphins patrol naval yards and protect against terrorist attacks night and day.

Strange and unusual guardian animals abound today. In the 1970s, Congolese army officials trained and deployed chimpanzees armed with machetes to attack and kill intruders. There may be no more fearsome security measure than a pack of machete-wielding chimpanzees descending upon intruders in a fit of hooting bloodlust. Much like the trained dolphins described above, though, the collapse of the Congolese state led to these trained animals escaping in to the lush sub-tropical jungles of Central Africa. Today, video has surfaced of the descendants of these trained killers, who have apparently passed on their knowledge of tool-usage to their offspring, along with their machetes. It is incredibly strange to imagine that, somewhere in the sweltering, humid jungles of Central Africa, our closest animal relatives wield razor-sharp tools.

Some guardian animals, while certainly effective, seem a vanity on the part of the very wealthy, in lieu of more established and manageable security measures. Many wealthy individuals utilize large predatory cats to patrol their properties, undoubtedly posing a considerable threat to intruders and persons belonging on the grounds alike. In Africa, violent gangs keep hyenas a guardian animals, whose huge, hulking mass and incredible crushing jaws surely seem bizarre to visitors unfamiliar with such habits.

Motion detectors must have seemed like an unbelievable innovation at their earliest conception, yet today, in many parts of the world, the motion detector is commonplace. Nonetheless, to people unfamiliar with such technology, motion detection technology must seem magical and strange. Likewise, inventions developed to monitor changes in volume levels have proved to be a strange yet effective means of detecting intruders or escapees, promoting a higher degree of security than has ever been possible before.
A similar invention has been the pressure plate. This is typically placed in or under flexible flooring to sound an alarm when weight is placed upon them, alerting security or law enforcement personnel to the intrusion or escape taking place. 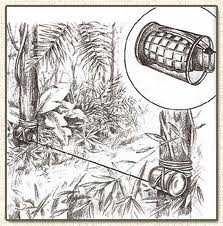 Traps have found considerable application in the aim of human beings to establish and enhance security over the years, with some very strange results. While plenty of traps are simply a concealed means of keeping intruders in a location and alerting persons to their presence, many traps feature absolutely diabolical consequences for any person unlucky enough to spring them. The Singapore Sling is notorious for launching a board or wooden stick covered in spikes and nails at approximately head-height towards any intruder triggering a simple tripwire and not having the sense to duck immediately. Tripwires trigger a great many such horrific security devices, and perhaps the worst of which detonates explosives designed to cripple, maim or kill their victims. Human inventiveness and innovation seemingly knows no bounds when it comes to dreaming up new and ever-more vicious means of harming one another.

The most despicable of strange security that money can buy has been the use of child soldiers throughout the developing world. Little discussion is warranted here beyond condemnation for exposing children to such brutality and for using them as little more than objects.

Strange security abounds, and the means to which all manner of technology and other life may be employed in providing for security knows no bounds. Common to all human life, throughout the entire history of our species, has been a preoccupation with and innovative intelligence directed towards ever-more effective and often vicious means of promoting and providing for security. Persons, property, agricultural goods and international shipping, there is quite literally no arena of human endeavor which has not been subject to and benefited from our preternatural knack for dreaming up greater and more bizarre means of security. Contact us today to learn more about unique security methods.

Invention of the Security Camera and Recording System

Everyone dreams about some kind of invention that they know will make a difference in the world. Back in 1933 a chicken keeper accomplished that. At first his invention was not taken serious but...