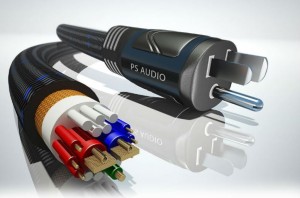 Behind every great innovative system, there lie the methods of transmission. So your verdict is in. You know what you want for your surveillance system and what it comprises of, but there may be an important factor that comes into play. An important detail that hasn’t received as much research or discern as the other components:

There are few approaches to wiring up your security cameras and video recorders (DVR/NVR/Hybrids). In the next few segments, we will look at the study of each cabling method and the science that entails.

Ah, the cable solution favored by the novice and hobbyist. This type of wiring is a prefabricated cabling comprising of power, video and in some instances audio. The fittings on these cables (as you can make the assumption by the name) are already pre-attached. The video and audio connections on the plug and play cables can be RCA male or BNC male. Typically you will need the BNC male type when installing analog cameras or implement a change over adapter to make and RCA male to a BNC male. The grade of wiring found in the plug & play cable is typically stranded aluminum and because of this, the consistency of power and video transmission deteriorates over greater lengths and susceptible to frequency interference from such things as:

Between the length/type limitations and environment situations I would personally proceed to a different route for my cabling options.

Now we’re talking! Siamese cable is the professional approach to manifesting your power, video and audio for your analog surveillance scheme. Comprising of (2) different types of wire bonded together by the jacket, which can easily be separated if needed. Commonly consisting of RG59 coaxial for video and 18/2 (gauge/pair) stranded for power. Siamese provides the efficiency and convenience of a single run for each camera (or microphone). Siamese is heavily shielded, unlike plug and play cables, so it’s more durable and can be run at longer distances (up to 1000 ft. without the need for a repeater) and less susceptible to interference. Commonly, Siamese cable can be found in increments of 500ft or 1000ft. Siamese cable is a little more involved to install due to the necessary attachment of the fittings. Many variations of Siamese does exist for different install scenarios. 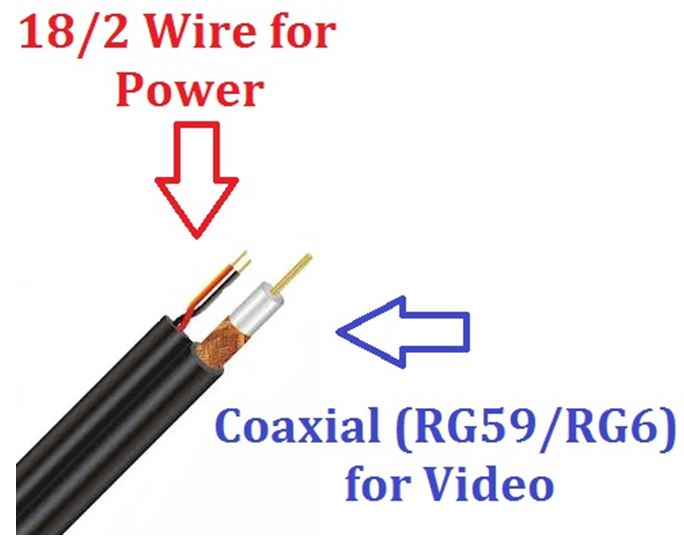 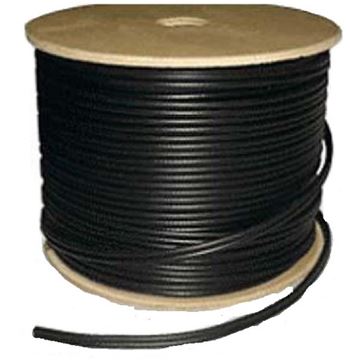 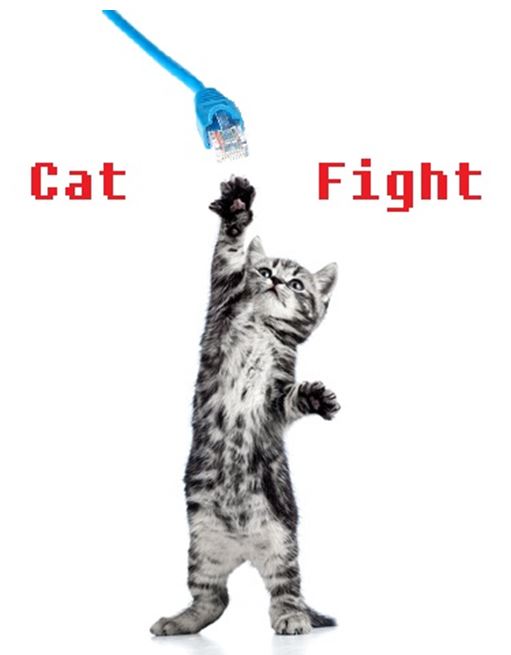 This type of cable is used in a multitude of applications from data, voice and video to power, triggers and communication sources. Using (CAT) cable can prove to be very resourceful and efficient when utilized as your surveillance wiring feeds. Let’s take a look at a few different classifications:

Cat5 cabling, also known as Category 5, is an older type of network wire. Cat5 cables were made to support “theoretical” speeds of 10/100Mbps. This type of CAT consists of (8) individual wires coming in (4) pairs. Since Cat5 is an older type of cabling, you probably won’t see them littering store shelves, but you may have some Cat5 patch cables floating around from an older router, switch or other networking device.

Category 5 enhanced cabling, also known as Cat5e, is an improvement on Cat5 cabling. It was made to support 1000 Mbps “gigabit” speeds, so in theory, it’s faster than Cat5. It also cuts down on crosstalk, the interference you can sometimes get between wires inside the cable. Both of these improvements mean you’re more likely to see faster and reliable speed out of Cat5e cabling compared to Cat5.

Category 6 cabling is the next grade up from Cat5e and includes a few more improvements. It has even stricter specifications when it comes to interference. It is capable of 10-Gigabit speeds in some distance instances (180ft and shorter). You probably won’t ever require these speeds in your home, and the extra interference improvements won’t make a huge difference with regular usage, so no need to rush out and rewire everything to Cat6. If you are buying new cable or doing new install, you might as well. Having the availability for future technology advancements

Category 6a is the latest standard in the CAT family. This category is ideal for 10Gbase-T networks, especially for long distance runs. Cat6a doubles the capability of Cat6 by performing at up to 500 MHz, which allows 10GBASE-T to be run over longer distances of up to 328 feet. Both cabling types (Cat6/Cat6a) are backwards compatible with Cat3, Cat5, and Cat5e applications.

Ethernet cables are grouped into a numerical sequential categories (CAT) based on different specifications possessed by each cable type. These categories are how we can distinguish what types of cabling we need for a specific application. Manufacturers are required to adhere to these rules and standards which make the installation process easier.

So how does the same physical gauge cable eliminate interference and allow for faster speeds? It does it through wire twisting and isolation. There are two main physical differences between Cat-5 and Cat-6 cables, the number of twists per cm in the wire, and sheath (jacket) thickness. “Cable twisting?” you may ask. Cable twisting was discovered and utilized by Alexander Graham Bell in 1881, for use on telephone wires that were ran alongside power lines. He discovered that by twisting the cable every 3-4 utility poles, it reduced the interference and increased the range. With this knowledge, we have since further advanced this technique. Twisted pair cabling is a type of wiring in which two conductors of a single circuit are twisted together for the purposes of canceling out EMI (electromagnetic interference) from external sources. For example, electromagnetic radiation from unshielded twisted pair (UTP) cables, and crosstalk between neighboring pairs. Twisted pair became the keystone for all Ethernet cables to eliminate interference between internal wires (XT), and external wires (AXT). 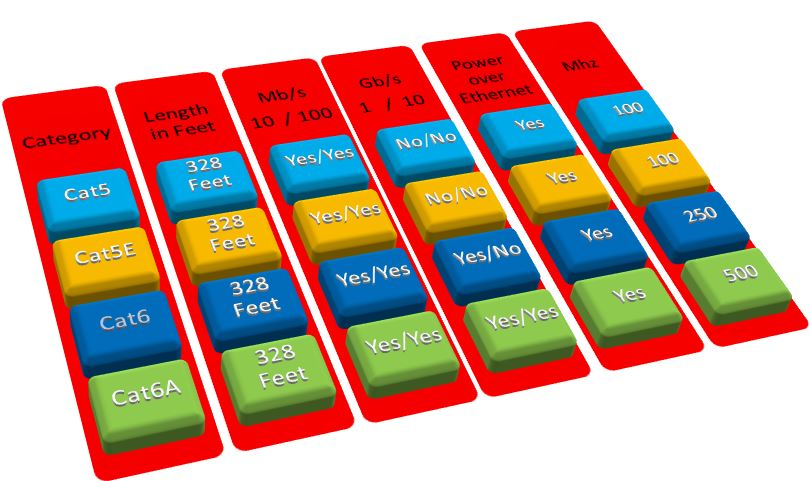 For the best quality when installing your camera, I suggest using the guide line below:

ANALOG– Analog systems can be designed with plug & play, Siamese and any of the (Cat) cabling. You will see an increased video quality and performance from Siamese than you will Plug & Play cabling. When using Cat wiring to transmit power and data to the recorder and camera for an analog system, you will need Baluns to transition the cabling from data cabling to a coaxial fitting. Running in cat5/6 cabling allows you an advantage for easily upgrading to an IP megapixel system

Bottom line: Siamese and Cat are your winners for analog installations.

HD-SDI– This installation type needs to be completed with Siamese Cable only! You cannot use any type of plug & play or category (CAT) cable. HD-SDI technology is usually chosen in the event you want to upgrade your cameras to HD resolutions without the removal/replacement of rewiring costs or you desire the mega pixel resolutions from your cameras without the need of creating a LAN network.

IP Megapixel– This type of cameras can only be designed with data (Cat) cables. Due to high bandwidth caused by the raw data transmissions, I suggest using Cat5e or Cat6 for installation choices. Please be sure to follow all specifications needed in your environment type.

Bottom Line: Cat5e is sufficient enough for each camera under 5MP. If your camera resolution is any higher than 5MP, use Cat6.