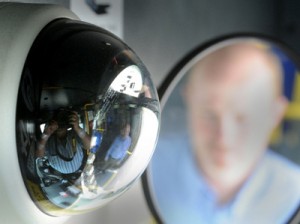 Security cameras are among the most effective ways to ensure the safety of one’s assets. Though much equipment is required to set up a surveillance system, which is accompanied by many expenses, it is usually well worth the protection that is provided by perpetual observation. The setup and implementing of security cameras is but one aspect of surveillance, as one must also be able to view recordings to assess danger and to observe trespassing or any other infractions.

Ever-improving technology and a huge array of tools allow one to view surveillance recordings in a number of different ways. Depending upon the recording medium used, recordings can be viewed in conventional ways and also via mobile devices. Mobile technology has vastly improved the surveillance industry, allowing close observation even when away from the premises being protected.

When security footage is recorded on tapes, they can be easily viewed using a number of mediums. Televisions combined with VCRs are the most commonly used method of viewing surveillance footage recorded on VHS tapes, though there are a number of other devices that can play tapes. It may seem incredibly old technology but many of these devices can still be easily found, and more people use VHS for security than one may think.

TV/VCR combos are widely available, as are mobile, battery-operated VHS players. Because of the near non-existence of VCR players and VHS tapes today, these devices can sometimes prove somewhat difficult to find but they are almost always extremely inexpensive. Pawn shops, yard sales, flea markets, and online auction sites are among the best places to find old technology and blank tapes.

Recording security footage with VHS tapes is effective, but blank tapes can be expensive, especially over a long period of time and many recordings. DVDs are more cost-effective, allowing more footage per disc than would a VHS tape, and also can be viewed on many more types of devices. DVDs can, of course, be viewed using a DVD or Blu-ray player, but can also be uploaded to a computer with the right software. Mobile DVD players are also more practical and smaller than comparable VHS players, allowing for easier and more versatile on-the-go viewing.

Although the necessary equipment for DVD use is somewhat more expensive, most find it much easier to implement and well worth the convenience, especially when compared to the bulky and wire-heavy devices associated with VHS tapes. Cheap DVD equipment can still be easily procured, especially online. Used devices are generally far less expensive than their brand new counterparts, and almost always work just as well.

Arguably the most practical and easiest way of recording, storing, and watching surveillance footage is via virtual technology. Using a computer to store surveillance footage in the form of .avi, .mp4, .wmv, etc. files costs nothing as there is no medium required. These files can then be transferred to nearly any other device, even mobile accessories like iPods and cell phones, or can simply be viewed on a computer.

With virtual technology also comes wireless capabilities. Fewer cables and cords equates to easier setup and seamless operation, reducing the occurrence of common mistakes like tape overwriting and complete loss of footage. To utilize virtual storage of surveillance recordings, only a single computer (desktop or laptop will work) is needed, unless mobile viewing is desired, in which case a capable device also must be purchased. Both computers and mobile devices can be found used and refurbished in online stores and auction sites. 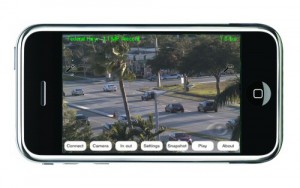 Electronic recordings in the form of video files have an added bonus that can reduce frustration when attempting to transport footage or play a recording on multiple viewing mediums. Video files can be burned to blank DVDs, allowing playback on DVD and Blu-ray players and any other devices that accommodate this form of media. There is also now hardware that allows the burning of video files to blank VHS tapes, though this is a more expensive and time-consuming endeavor.

Many people who already have DVD or VHS equipment installed are unwilling or unable to replace their surveillance systems with newer technology. The benefits of virtual storage can still be had, however, with the conversion of VHS and DVD recordings to video files that can be easily stored and relocated via a computer. This can be a tedious process, especially when many recordings must be converted, but it eliminates the need for an entirely new set of security footage viewing equipment.

Creating virtual video files from VHS recordings can be done with a simple piece of hardware that can be purchased online and in many electronics stores. Simply search for VHS conversion hardware online and many competitively priced options will be available to pick from. These kits also come with software that must be installed. It is probably impractical to convert a large number of VHS tapes unless one has a lot of spare time, as each tape must be played through for conversion to work. Once the virtual video files are available they can be played with nearly any device.

It is a far easier process to convert DVDs into virtual files compared to VHS conversion. It is often the case that a copyable file is already available once a DVD has been read by a computer. If such a file isn’t present, there are many free programs readily available for download on the Internet that can rip video files from physical DVDs, leaving polished .wmv,.avi, or .mp4 video files that can be transferred to any number of devices.

Viewing devices and recording mediums are but one aspect of surveillance footage playback. One also must consider backup and security when handling security recordings, especially when crimes have been committed, making the protection of incriminating evidence of utmost importance. Methods of protection vary depending upon what recording medium is used.

For those who utilize DVDs or VHS tapes for recording security footage, multiple physical copies of recordings should be created. Important footage should have several copies which should be kept in a safe and lockable location to prevent tampering and theft. Safety deposit boxes and fireproof safes are common choices for storage of these important physical copies, though most elect to use a bank due to the expensiveness of decent safes and the unrivaled security provided by a safety deposit box.

Storing and protecting virtual video files is far easier, requiring no physical receptacle and thus no extra costs. Video files can not only be stored on multiple computers, but also can be used with an array of external storage devices. External hard drives and USB memory sticks are common choices, especially when many files must be stored. Virtual storage also offers an added layer of protection, encryption, a process that can create as intricate of a lock as desired by the user. 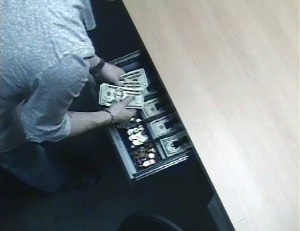 Encryption entails the scrambling of data in a specific pattern that is readable only by the person or program that created the lock. An encrypted file is completely useless to someone unable to unlock it, but many are able to break through simple encryptions. Though top-level scrambling implemented by the government may not be necessary for most endeavors, it is usually a good idea to create somewhat of a decent encryption, especially for sensitive or incriminating data.

There are many computer programs available that will encrypt files and folders, but many are unaware of the fact that entire hard drives and flash drives can be locked with encryption. This ensures a great amount of protection and security and is sure to frustrate any who attempt to break into such a device to view files. All necessary equipment and software can be found for very little money, especially when the Internet is used to shop; software can even often be found for free.

When a crime has been committed and captured with a security camera, one must review the footage to isolate the valuable portion of the recording. With DVD and VHS footage this can prove a tedious task, requiring review of nearly an entire day’s worth of recordings, albeit fast-forwarded. Computer files can be much more easily skimmed through, allowing one to jump rapidly between different points.

Once an important portion of footage has been isolated it can be copied and looped, but only in the form of a video file. Because of this, many find it easier to first convert physical video before attempting to pick out specific portions of footage, though sometimes a small amount of video quality is lost in conversion. This may be a negligible loss of quality but facial recognition is difficult enough without this added obstacle. If this is of no consequence, conversion is definitely a wise idea.

Once a portion of footage has been isolated and copied to a new location on a computer, it can be further modified. Colors, hue, gamma, brightness, and other settings can be altered, sometimes making for clearer video and sharper details. Video clips can also be looped, allowing close scrutiny of particular portions of video and eliminating the need for constant and repetitive clicking.

No matter which form of surveillance recording technology you choose to use, there is a plethora of playback methods available at your disposal. DVD, VHS, and virtual files all have their advantages and disadvantages, thus your decision must be largely based upon personal preference and individual needs. Viewing security camera recordings has never before been simpler and cheaper, and exponentially improving technology will produce newer, innovative devices with many capabilities in the near future. Regardless of the size of a security operation, playback, storage, transportation, and editing of footage can be easily accomplished by even the least electronically savvy.

Many software developers strive to make improvements to their software to accomplish improved performance, security and even a complete revamp of its interface. In our industry the changes to these type of things happen...