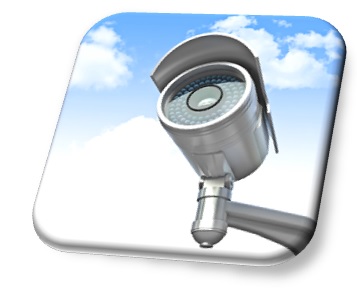 The sole function of any surveillance system is the ability to capture and retain footage of the events that take place. Imagine all the times there never existed an instance to justify or the need for footage confirmation. Then the day comes when an occurrence takes place and you retreat back to your DVR to retrieve and review the footage. Imagine how insulting the feeling is to discover it wasn’t there. Weather your storage space was inadequate, a hard drive failed or a smart crook covered his tracks and took your recording device; this realization is nothing short of grim.

With all the safeguards and measurements we take to guard and protect ourselves and property, what extent have you’ve taken to create a fail safe? A Plan B if you will, when your first endeavor of security measures fail. Some DVR and cameras have optional recording capabilities. Let’s take a look at this back up options.

As we explore optional recording capabilities lets first take a look at cameras with built in memory card slots. Just like our newer phones, camcorders, and photo cameras use a removable memory card known as SDcards (or micro SD version). Select security cameras are integrated with a slot for the placement and extraction of this card. Here you can choose to save additional footage along with your DVR. So in the implication of an event, if one device recorder feature failed to retain footage (or was stolen or damaged) the camera would have the events saved on the SDcard.

DVR/NVR recorders saturate the market. From electronic stores, hobby shops, consumer markets and the World Wide Web. So where do you even start to delegate on a recorder for you? Figuring out the recording quality is a great start. Pay attention to the listings of recording resolutions and frame rate against all available channels. Any DVR not capable of providing a recorded value of 704×480 at a 15FPS or higher shouldn’t be included on your list, so scrap all those other possible contenders who don’t. Another great quality is the features the recorder offers. How many HDD drives can it hold? Is it remote access capable and are there diverse recording options available? Recorders that offer FTP uploads, emails with snapshots, or push notifications alerting you of events are valuable features adding to your Plan B presidence. Additional advantages like eSata ports to attach additional storage or the ability to set a raid configuration are outstanding backup options. Taking the extra effort and utilizing these innovative options can prove to save you from a dumb founding moment. There may exist another solution still as we explore: 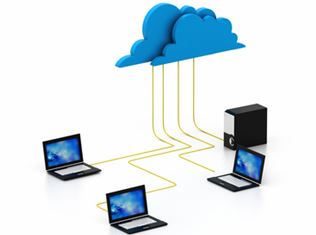 Cloud sharing is the terminology for anything data related, being uploaded or downloaded on virtual hosting services. From Microsoft, Apple, and Amazon to free-lance competitors like Drop Box, it seems these remote database services have sprung up overnight. The concept is actually more common then you realize. Have you ever visited a website (of course you have, what am I saying) or had one hosted?  Do you own an email account? These are all forms of virtual storage of our own personal data on someone else’s servers made accessible from anywhere and/or anyone you authorize. This essence fits the profile of a cloud service. 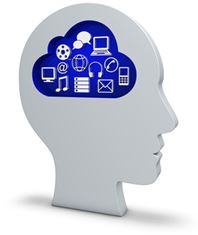 Get your head out of the clouds

This is one idiom I’ll reframe from using as we learn the infrastructure of cloud computing. The term cloud computing derives from the cloud symbol that’s often used to represent the Internet in flowcharts and picture diagrams. These services are broadly divided into three categories:

… and because the service provider hosts both the application and the data, the end user is free to use the service from anywhere, as long as they have internet of course.

A popular company, NetFlix, utilizes an Iaas cloud service called AWS by Amazon. A hosting service available to many. Through this type of cloud service they are able to create a program and store a library of media, based on what they use. When they add more to their movie repertoire they retain more storage space without ever having to invest capital cost into their own: Location, Servers, Computers, Data storage drives, etc., all the while receiving Amazons customer support and guarantee. A great business model, wouldn’t you think?

A cloud can be private sector or public usage. A public cloud sells their services to anyone on the Internet. A private cloud is a proprietary network or data center that supplies hosted services to a limited number of people. When a service provider uses public cloud resources to create their private cloud, the result is called a virtual private cloud (example NetFlix). Private or public, the goal of cloud computing is to provide easy, scalable access for computing resources and IT services. 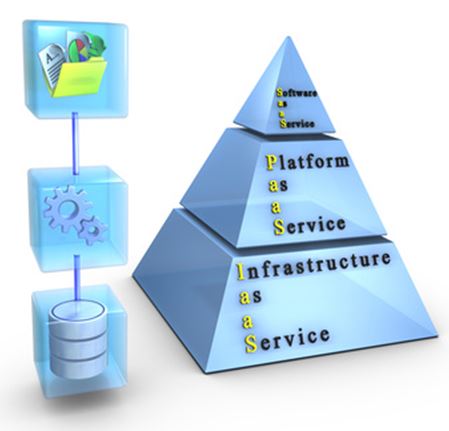 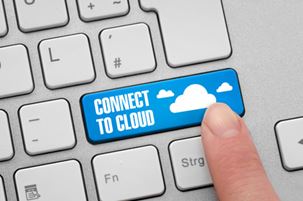 Can a cloud service be used for your surveillance

Yes, any file can be uploaded onto a cloud service. Either by a built-in feature like a FTP or a program, you can direct your footage to upload to a file that’s synched with the cloud application of whatever provider you use. Be sure to check the available amount of storage you’ll receive and the limitations, if any, a cloud service provider may have or restrict.

Netflix is a SaaS Cloud model to us

The overnight success of Netflix never happened but their online streaming business strategy did. CEO Reed Hastings, scorned with embarrassment of an overzealous rental store charging him a $40 late fee for a VHS copy of Apollo 13, came up with his company idea Netflix. In 1997 he mailed a few CDs in an envelope to himself. A very much anticipated 24hrs later he received his first test subjects. He ripped open the envelopes to find the CDs in great shape, thus the birth of movie-by-snail mail distributor Netflix. In the end year of 2007 and beginning of 2008 Netflix launched its online streaming feature. Joined by deals for multi-platform apps with Xbox, PS3, smart devices and Wii not only made it convenient to entice their services through convenience but also making aware their presence of goods to an unreached market as-of-yet. The popular video-streaming commands an estimated one-third of all internet traffic during peak traffic hours. Besides accomplishing this feat of web traffic, Netflix is also unarguably the largest pure cloud service. To better understand the scheme of this business module check out the picture structure below: 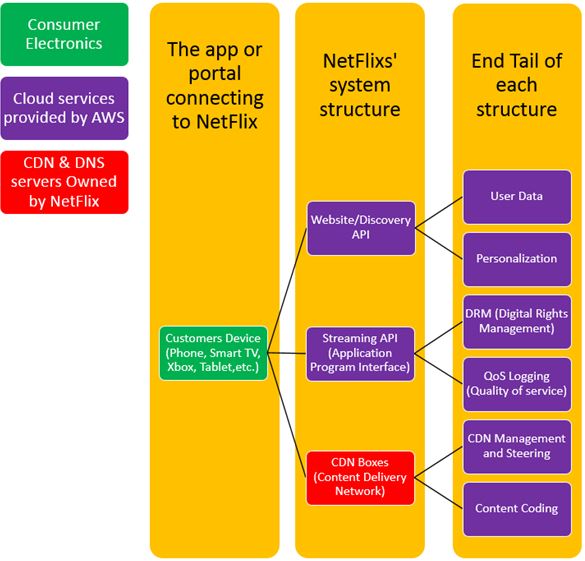 I hope this has been enlightening not only in the sense of what a cloud is but also how it works. A simple technique to remember is pretend this service is a big hard drive somewhere off-site of your location. You have complete access to this data through any computer/smart device of your choosing that has internet access. No brief case to carry or external hard drive to lug around on your travels. Now some may feel uneasy storing and immense amount of personal and intimate data on these cloud servers. I myself being one of them. The future of personally owned hard drives is not going to die out either but there are some useful advantages. So with some discern and precautions, I do use a cloud service myself and teach consumers on the convenient possibilities of them as well. So if you’re looking for that extra pre-caution to preserve your data or a safety net for backing up your security camera system footage I say full sails ahead. In the meantime, stay awesome guys.

Benefits of an NVR with a Built-in POE Switch

Many of our customers call us to ask why they cannot change the camera's position when using a built-in POE NVR. The short answer to that is that it is not possible after the...