In the last few years, the attitude toward this plant has begun to drastically change in this country. In 2012, the people of two states (Colorado and Washington State) voted to legalize, regulate it and tax it. Surprisingly, the federal government decided to stay out of the way on this issue. The President even went so far as to say that if enough states legalize it then the federal law may follow suit. After billions of dollars have been spent to combat it, national polls show that the majority of Americans are in favor of Marijuana Legalization. This article is going to take a look at the changing attitude toward marijuana and how it has affected us and may in the future. 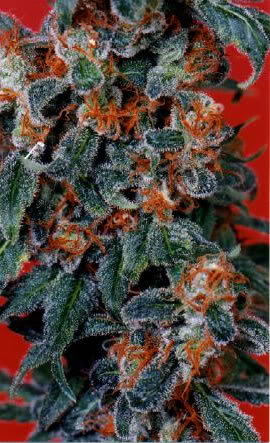 Cannabis was federally banned by the Marijuana Tax Act of 1937. Throughout our history this was not always the perception of marijuana. Pottery has been found in present day Taiwan which was made 10,000 years ago and with hemp fibers, possibly making this plant one the very first agricultural crops.

As far as the history of this plant in our country:

– The Virginia assembly passed a law in 1619 requiring every farmer to grow hemp.

– It could be used as legal tender in Maryland, Pennsylvania and Virginia. 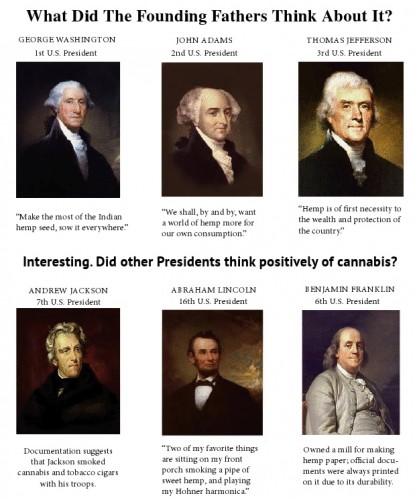 The hemp industry was massive in the United States for centuries until it faced off against other large industries, led by some of the most powerful men in the country. The following men were a major part of demonizing cannabis entirely because of hemp and nothing to do with getting high:

– William Randolph Hearst: He was an American newspaper publisher and built the largest newspaper chain in the country, dominating journalism for almost 50 years. This millionaire was heavily invested in the lumber industry and he made it his mission to destroy the hemp industry through an extensive propaganda campaign because of the threat that it posed to his lumber holdings.

– Andrew Mellon: He was the 3rd richest man in the U.S. and heavily invested in the lumber as well as a very large paint and textiles company. Approximately 58,000 tons of hemp oil was in the production of paints in 1935. This would be reduced to zero in the next few years, just as a new machine would have improved the processing of hemp dramatically. This invention would have made it possibly for the hemp industry to take the majority of business away from these other industries.

– Henry J. Anslinger: The paint and textiles company was run by this man, Andrew Mellon’s Nephew-in-law, and he was the first commissioner of the newly created Federal Bureau of Narcotics. He presented the Marijuana Tax Act to congress and helped get it made into law with the financial and political influence of the two men above.

Cannabis was listed as a schedule 1 drug by congress in 1970. In order for a substance to be classified this way, it must have no currently accepted medical use in treatment in the United States and have a lack of accepted safety for use of the drug or substance under medical supervision. While only four states have legalized the recreational use of marijuana so far, there are over twenty that have legalized cannabis for medical use. This application for cannabis may end up being the biggest change in our country because this trend seems to be growing as more medicinal uses are found. Until the last few years, research into medical applications has been very difficult to do because of the legalities involved. In the last few years cannabis has been shown to be effective in the treatment of pain, seizures, multiple sclerosis and even cancer. This is just a few examples of what it’s being used for right now and since official testing is really in its infancy, we may very well see this list grow exponentially. 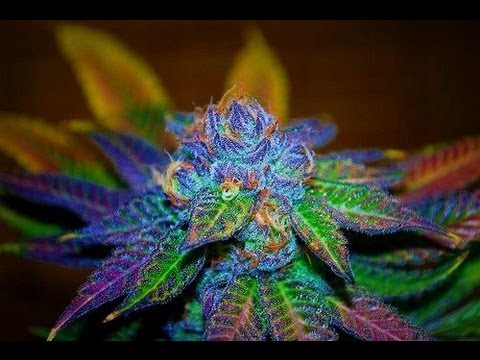 It’s not really a surprise that the legalized marijuana business has been profitable, but the extent has been a bit of a shock in the two states that really have their system in place. Washington State is still working out some pretty major kinks in their system but Colorado’s legalized system has been lucrative for everyone involved. In 2014 this industry made about 700 million dollars and many of the businesses involved in it were still getting off the ground through a major chuck of the year. Experts are estimating that it can easily do a billion dollars in 2015. The state actually made almost 60 million dollars more in taxes then it’s legally allowed to keep and is currently trying to figure out what to do with the additional funding. Can you imagine how much money there is to be made if all 50 states legalized it? You also have to take into account the billions of dollars that our country spends annually enforcing marijuana prohibition.

Another positive aspect of legalizing this plant will hopefully be us taking full advantage of it. For thousands of years, hemp has been used in many industrial applications and the ways that it can be used in the future are almost limitless. Fuel, paper, building supplies, healthy food and beverages are just a few examples of how this versatile plant can be used. In the early 1940s Henry ford built 40,000 cars with hemp plastic panels (which are 10 times stronger than steel) and ran them for a year on hemp fuel grown on just 10,000 acres. In 2014, congress took a step in the right direction by passing the farm bill which allows hemp farming in limited amount.

As our attitude towards this plant continues to change, it can also have a very beneficial effect on our environment. Hemp rarely requires pesticides and no herbicides need to be used since the plant is natural resistant to weeds and insects. Products made from this plant are non-toxic and biodegradable. Growing this plant has little strain on soil, making this a great crop for alternating with other types of crops in order to not drain the land of nutrients. 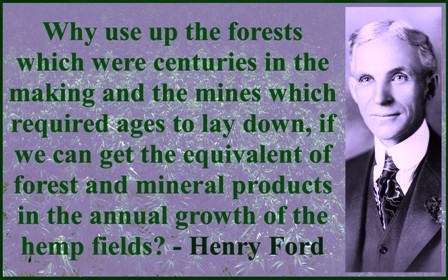 In order to become a licensed part of this industry, an applicant is legally required to have a significant amount of security cameras. Although the number of cameras legally required may be a bit excessive it provides accountability from seed to sale, helping to reduce loss drastically. I’m happy to say that I work for Techpro Security Products, which is a security camera supplier that makes it as easy as possible while meeting the legal requirements. I’m even able to explain how the cameras can actually be helpful to the business in addition to meeting the legal requirements. For more information on the marijuana laws check out our I-502 Security Camera Law Page as well as our Colorado Amendment 64 Page.

What is Access Control? Hey everyone, Joe here, and today we wanted to answer the question “What is access control?” We get asked this quite a bit, as many of our CCTV customers are not...

END_OF_DOCUMENT_TOKEN_TO_BE_REPLACED

Complete Security with Security Camera King Hey everyone, SCK here with another article today, this time covering the topic of achieving "Complete Security". Today we wanted to talk to you about the various aspects of...

END_OF_DOCUMENT_TOKEN_TO_BE_REPLACED

Set Up P2p on your Security Recorder

Set Up P2p on your Security Recorder Hi Everyone, Joe here from SCK with other articles and accompanying setup vid; Today we're going to be getting our Elite Recorder Ready for remote viewing by showing...

END_OF_DOCUMENT_TOKEN_TO_BE_REPLACED

Legalization of Cannabis in Florida

END_OF_DOCUMENT_TOKEN_TO_BE_REPLACED

What Marijuana Legalization in Florida Means For You

END_OF_DOCUMENT_TOKEN_TO_BE_REPLACED

How to Open a Dispensary in Washington

The marijuana industry can be quite lucrative if its inception is carried out and then managed properly. With more and more of the country coming to terms with the legalization of marijuana comes more...

END_OF_DOCUMENT_TOKEN_TO_BE_REPLACED

How to Start a Dispensary in Colorado

Over the past few years, both recreational and medical marijuana have begun to be more accepted. Marijuana dispensaries have a become a lucrative business and the market seems to still be growing. If you...

END_OF_DOCUMENT_TOKEN_TO_BE_REPLACED

In 2015, Techpro Security Products, manufacturer of surveillance systems, security tech and equipment for residential and commercial markets, and it's retail site SecurityCameraKing.com, saw its largest and fastest expansion to date. Starting...

END_OF_DOCUMENT_TOKEN_TO_BE_REPLACED

I-502, Amendment 64, and everyone else who wants to get X amount of days of continuous recording. If you have a law that dictates a recording need, or you have a personal requirement, this guide...

END_OF_DOCUMENT_TOKEN_TO_BE_REPLACED

Things you should know about Amendment 64 and Amendment 20

In Nov. of 2012, fifty-five percent of Colorado’s locals voted in Amendment 64 which turned out to be pretty historic. This document ended prohibition of marijuana under Colorado Law. In Dec of 2012, Amendment...

END_OF_DOCUMENT_TOKEN_TO_BE_REPLACED

Several months ago I touched on the need for contingency and congruency planning in Part one to this article. In regards to I-502 and Amendment 64 as well as any situation, it is important...