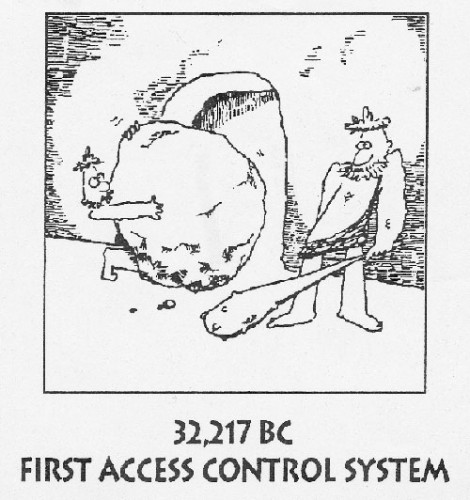 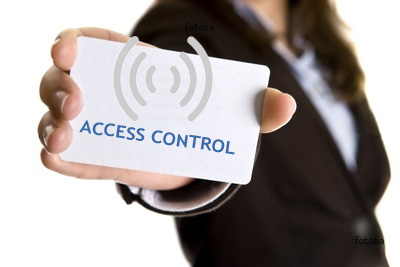 The most obvious benefit is that your users do not need a physical key to open or gain access to your premises. Beyond that obvious benefit, comes the ability to restrict a person’s entry by time of day, day of week, or even permanently revoke their rights on a specific date. You may wish to do that with an outside contractor who has a definitive last day that they should be entering your office or facility.

You can also implement an enterprise wide system that will allow specific users access to only one door while allowing others access to as many doors as you have in the system. All this can be done using something as simple as an RFID card, fingerprint, pass code, or other form of identification. This would allow you to issue a credential to the CEO of the company that opens all of the doors in all of the facilities of your enterprise while issuing the exact same type of card to a Janitor who is only allowed entry at 1 door during pre-set hours and days of the week.

Taking it a step further, you can require multi-factor authentication. That is to say you may require a user to present a card, enter a code, and provide a thumbprint in order to gain access to the more sensitive areas of a facility such as an IT room.

You can mix the number and types of authentication required based on the persons role, the sensitivity of the area, or other business standards.

Moving well beyond simple allow/deny entry methodology, an Access Control system can be integrated with payroll departments to confirm that an employee arrives on time, and can provide alerts to appropriate managers and human resources if an employee fails to show up at an expected time.

This could help in quickly allocating resources to fill in for missing personnel rather than wondering if someone is in the building or not.

A supported access control system can also be either directly integrated with CCTV surveillance equipment software or used with a stand-alone with basic time look-up based on events. For example, if you’re concerned that someone is presenting somebody else credentials to gain access to an area they are not meant to be in, you can easily look-up who presented the credential (Anti-Pass).

Furthermore, you can take immediate action in restricting the misused credentials to avoid any unauthorized access until disciplinary action can be taken. Access Control Systems can and should be integrated with any Fire alarm panel. NOTE: In order to have this implementation, your Access Control board MUST have the required inputs to integrate this with any Fire Alarm System. We also suggest that you talk to your local fire station to make sure the installation is up to City Codes and regulations. This will provide faster egress (exiting) in the event of a fire by allowing otherwise locked doors to be used as a point of exit in the event of a fire.

No one needs to play with keys or worry about which doors are locked. A system can be configured to accept an input directly from the fire alarm system to the access control system to trigger unlocks of all doors.

In extremely secure environments, you can also design access control to provide an audit that would allow you to quickly and accurately determine which users entered what areas of your facility and the path they took to get there.

This will also provide you with a detailed idea of who may have been present at the time of an incident. For example, if an employee slipped and fell but claimed no one saw it, you would immediately know who might have been in the area as a witness to the event.

There are a wide variety of types of credentials available to authenticate a person for access control. Some are as simple as a pin code; some are more complex requiring fingerprints and facial scans. The most common method currently deployed in commercial applications is the card reader. This has been considered “secure enough” for most applications. However, it can be greatly augmented with the use of another factor of credential such as a pin code or a fingerprint.

Many people are willing to “loan” their card to a trusted friend, but most are unwilling to also provide their entry code. You can take security even further by integrating your access control system with your burglar alarm panel. It is not uncommon that you would want the Access Control System to notify law enforcement.

Usually a denied credential or miss-typed pin would not be cause for an alarm. However, there are situations that would be appropriate. You may for example, configure a “duress” code that all employees are given.

In the event they are forced against their will, they could enter the “duress” code and trigger a silent alarm. They could then present the legitimate code to gain entry, with the knowledge that the appropriate law enforcement department has been notified. You can also say goodbye to costly locksmiths. While it’s true that the initial installation of an Access Control System is significantly higher than that of a standard lock and key system, there are more benefits in the long run.

The “lost my key” condition is easily resolved with a simple phone call to the administrator of the system. If configured, the administrator may even be able to unlock the door to a building from anywhere in the world. Combine that ability with a well-designed CCTV system and they can also verify who they’re granting access to before they release the lock. Issuing a new credential is trivial in costs with the average RFID card being around $1 USD.

In conclusion, a properly configured access control system can save a business time, money, and lost man hours. It can also provide an extra level of security and safety features that greatly enhance traditional building level security and safety systems.

For more information and to learn more about Access Control, check out this link on our website.

What is the Best CCTV Recorder?

END_OF_DOCUMENT_TOKEN_TO_BE_REPLACED

The Top 5 reasons to have CCTV At Your Business

END_OF_DOCUMENT_TOKEN_TO_BE_REPLACED

How to playback Security footage from your Smartphone

END_OF_DOCUMENT_TOKEN_TO_BE_REPLACED

How to Set up Auto Tracking on a PTZ

How to Set up Auto Tracking on a PTZ Hey everyone; Joe from SCK here- and today we're going to cover a topic we get asked about quite a bit, and that is “How to...

END_OF_DOCUMENT_TOKEN_TO_BE_REPLACED

Camera Quality and Resolution Hey everyone, Joe from SCK here with another article and video, today we're covering the topic of Camera quality. More specifically, we will be answering the question "How can I determine...

END_OF_DOCUMENT_TOKEN_TO_BE_REPLACED

What is Access Control? Hey everyone, Joe here, and today we wanted to answer the question “What is access control?” We get asked this quite a bit, as many of our CCTV customers are not...

END_OF_DOCUMENT_TOKEN_TO_BE_REPLACED

Set Up P2p on your Security Recorder

Set Up P2p on your Security Recorder Hi Everyone, Joe here from SCK with other articles and accompanying setup vid; Today we're going to be getting our Elite Recorder Ready for remote viewing by showing...

END_OF_DOCUMENT_TOKEN_TO_BE_REPLACED

How to terminate and test Ethernet Cable

How to terminate and test Ethernet Cable Hi everybody, Joe here, and we have for you a tutorial article and accompanying video guide on yet another important topic regarding CCTV hardware and networking which is:...

END_OF_DOCUMENT_TOKEN_TO_BE_REPLACED

How to Troubleshoot Video Loss

END_OF_DOCUMENT_TOKEN_TO_BE_REPLACED

What’s the difference between DVR and NVR?

END_OF_DOCUMENT_TOKEN_TO_BE_REPLACED

What are active deterrence cameras?